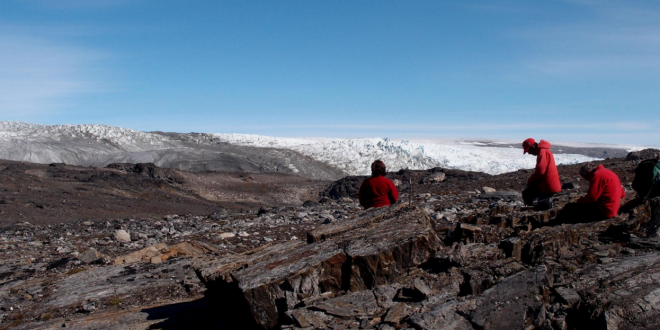 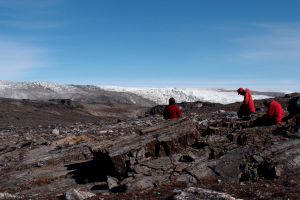 Announced last Wednesday on the 31st of August, the oldest fossils yet known were discovered. These remains of ancient microbes are estimated to be 3.7 billion years old, which pushes back evidence of life on Earth by approximately 220 million years.

What’s funny is that the archaeologists didn’t actually have to work too hard to find these groundbreaking artifacts—climate change did most of the work. These fossils, namely stromatolites, were exposed by melting ice, a phenomenon that will potentially become more commonplace as the planet warms. They were found in the world’s oldest sedimentary rocks, in the Isua Greenstone Belt, along the edge of Greenland’s ice cap.

“It points to a rapid emergence of life on Earth and supports the search for life in similarly ancient rocks on Mars,” Martin Van Kranendonk, co-author of the publication describing these fossils and director of the Australian Centre for Astrobiology, said in a statement.

This isn’t the first time ancient discoveries have been unearthed through the melting of glaciers, permafrost, and sea ice.

Mammoth bones and tusks are resurfacing especially often, so much so that it has driven a market boom for collectors. One particularly interesting incident transpired in September 2012, when an 11-year-old boy happened to discover a well-preserved adolescent mammoth because of its limbs that were protruding out of the thawing ground on Russia’s Taymyr Peninsula.

Shipwrecks are also proving to be more accessible as a result of the decrease in sea ice. Last September, two lost whaling ships were found in the Arctic off Alaska. This would not have been possible without the disconcerting but somewhat beneficial lack of sea ice in the expedition’s path.

All around, global warming is influencing fossilization and the discovery thereof. The climate change that has been so beneficial to discovering our world’s past also threatens to fossilize many of the organisms existing today. According to a recent study, Earth will be 8ªC warmer by 2300, returning to the climate of 52 million years ago, if we continue to burn all our fossil fuels. Although 8ºC doesn’t seem too menacing at first glance, it only took 6ºC to bring the world out of the last ice age. With an 8ºC increment, palm trees would be able to grow in Alaska and crocodiles would be able to swim in the Arctic Ocean.

Cindy is senior at Henry M. Gunn High School and is incredibly honored to be a part of the Rising Star Magazine team. She enjoys belting out Disney songs, playing piano, watching Chinese dramas, and babysitting. Cindy serves as California DECA's VP of Silicon Valley and is also the singing teacher at FCSN and the President of HEARTS Nonprofit. She can be contacted at cindy@risingstarmagazine.com
Previous Cats on Campus
Next 1984 and its Relevancy to Today