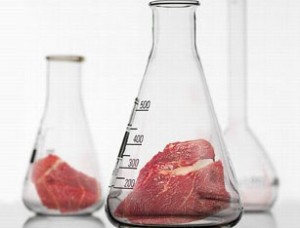 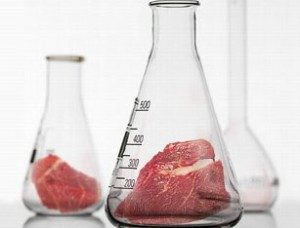 Scientists have found ways to culture animal cells in a laboratory called in vitro meat. The resulting tissue is edible and completely indistinguishable from naturally grown livestock.

Since the beginning of civilization, meat has been an essential part of the human diet. Over time, some began to adhere to vegetarian or vegan diets, forgoing meat products. They might be right for it; 7.5% of carbon emissions come from livestock. However, to many, a life without meat is unthinkable.

Not only would in vitro meat save animal lives, but it would decrease the number of animals grown for consumption, erasing the need for large plots of land and reducing carbon emissions. The reason why in vitro meat is not found in the market yet is due to the costs of producing it. The culturing of in vitro meat is still a work in progress, but in the foreseeable future, the process will be cheaper, faster, and yield higher quality meats.

Cindy is senior at Henry M. Gunn High School and is incredibly honored to be a part of the Rising Star Magazine team. She enjoys belting out Disney songs, playing piano, watching Chinese dramas, and babysitting. Cindy serves as California DECA's VP of Silicon Valley and is also the singing teacher at FCSN and the President of HEARTS Nonprofit. She can be contacted at cindy@risingstarmagazine.com
Previous Dangers of DIY Routines
Next I Am Hobbit Assassin Miner