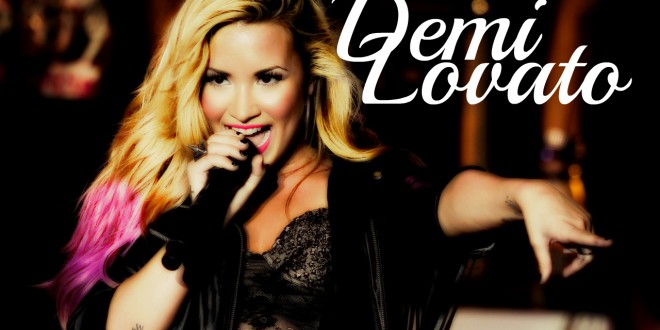 Demi Lovato is a great singer and actress that has inspired so many people across the globe. She kept on going even though she went through several tough times throughout her life.

Demetria Devonne “Demi” Lovato was born in Albuquerque, New Mexico on August 20, 1992. She is the daughter of Patrick Lovato and Dianna Hart, who became divorced when Demi was a child. She is the middle child of three sisters, Dallas Lovato and Madison De La Garza. Dallas, the oldest of them, is a singer and actress like Demi, and Madison, their younger sister, was born in 2002. When Demi was little, she grew up winning many talent shows and performing at famous events. Demi got her show business start at the age of ten when she became a series regular as a character named Angela on the PBS television show Barney and Friends. She met Selena Gomez on the set and they became good friends. Demi also guest starred in Prison Break in 2006 and Just Jordan in 2007.

Most people first knew about Demi Lovato because of her appearances on Disney Channel. When Demi began working with Disney Channel in 2007, she was given a regular part in the first season of the short show As the Bells Ring. She starred as a girl name Charlotte Adams. However, this didn’t give her the fame she wanted, but she kept trying to pursue her dream. She finally landed a part in the movie Camp Rock which was a big hit. She had the lead role as Mitchie Torres and worked with the teen pop sensation The Jonas Brothers. She eventually starred in the sequel called Camp Rock 2: The Final Jam.Because this was a musical, Demi had a chance to explore her singing and decided she wanted to move forward with her music, too. She went on a solo tour Demi Live! Warm Up Tour. After that, she even joined the Jonas Brothers’ tour, Burning Up Tour, in 2008. Demi also was in another Disney movie in that year called Princess Protection Program. She starred in it with her good friend Selena Gomez. Finally, Demi got her own Disney television show called Sonny with a Chance in 2009. Now Demi Lovato has taken the part as a judge in the second season of the popular singing competition The X Factor. She works with the other judges: Simon Cowells, Britney Spears, and L.A. Reid.

Demi Lovato didn’t always have an easy time growing up, and had some very depressing times, and Demi has shared this secret with the world. “I had a really tough time when I was in middle school,” Demi explains, “Peoplewould write ‘hate petitions’ [about me] and send them around to be signed. They’d have CD-bashing parties of my demos. They’d come to my house, stand across the street and yell things. It was a very emotional time for me, and all I wanted to do was get away.” These were dark times for Demi, and she had started to try to find other solutions, such as cutting and eating disorders. Luckily, she has moved on from the dreadful experience and is even trying to prevent it from happening to other people. Demi has announced being the new ambassador for Secret deodorant’s Mean Stinks campaign against bullying. The singer surprised the people at the New York City’s Young Women’s Leadership School and talked to them about bullying, about the program. She had the girls pledge to have a “drama-free school year” symbolizing their pinky swear with blue nail polish on their pinkies. This showed great leadership and encouragement by Demi Lovato, a great example for everyone to follow.

Demi Lovato is such a motivating person who spoke out against bullying and did what she could to stop it. Her story and commitment to anti-bullying is truly amazing.

Previous My Parents are My Role Model
Next Interview With Chris Wen: Columbia University