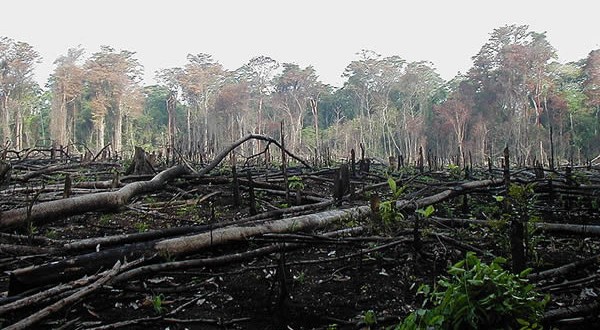 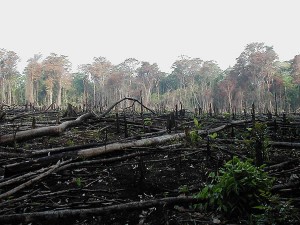 Deforestation: the action or process of clearing of forests. As of this very moment, an immense number of trees and forests are being mowed down by chainsaws and bulldozers. Our beautiful, mysterious wilderness is slowly being corrupted and destroyed by humans for industrial use.

One prime example is the monstrous fragmentation of the Amazon Rainforest. According to National Geographic, around 20 percent of this Brazilian rainforest has been cut down in a mere 40 years. Often times, people will ignore this problem because trees seem to be at an abundance. This is the wrong assumption to make. With the continuous rise of the industrial world, the percentage of sheared trees is increasing at a far faster pace than the years that go by. Although eliminating deforestation is impossible due the fact that wood has been and continues to be a universal tool, it can be reduced. There are many people that illegally clear timber and sell it to make a profit. To help solve this problem, Brazil has recently started to ensure tighter controls on logging permits and records. However, there is still much destruction of our forests in many other parts of the world.

Deforestation greatly affects many aspects of an ecosystem. One direct impact is the habitat loss of many species. Up to 70 percent of the world’s land animals live in forests, and the act of cutting down trees rips away many shelters for these animals as well. Deforestation is also a contributing factor to the loss of biodiversity. Wildlife deprived of homes eventually die, leading to the loss of variety in our ecosystems. The massive destruction of our forests affects humans as well. The loss of trees reinforce the greenhouse gas effect because trees act as a sponge, absorbing greenhouse gases in the air. A blanket of these gases form over the earth’s atmosphere as more accumulate. Warmth and light is now trapped under this blanket, leading to global warming and climate change, an ongoing problem affecting the entire human race.

Ideally, the balance between cutting trees down and planting new ones should be equal. Over time and with the careful management of our resources, it is possible to restore our nature and wildlife. However, this gap to fill is still massive, with little being done to help solve an enormous issue. Everything little thing helps, whether it’s planting a tree or simply raising more awareness. There is still much more to be done to solve this global crisis.

Cindy is senior at Henry M. Gunn High School and is incredibly honored to be a part of the Rising Star Magazine team. She enjoys belting out Disney songs, playing piano, watching Chinese dramas, and babysitting. Cindy serves as California DECA's VP of Silicon Valley and is also the singing teacher at FCSN and the President of HEARTS Nonprofit. She can be contacted at cindy@risingstarmagazine.com
Previous GMOs: Cons
Next SpaceX Lands Part of Falcon 9 Rocket