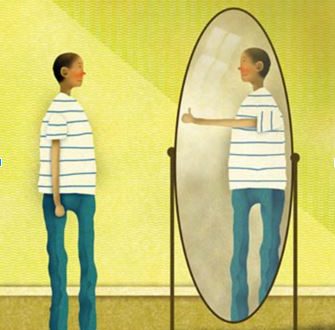 Everything we know about how we improve ourselves is wrong.

When we think of ways to improve ourselves, we generally think of two methods. Sometimes, people who are kind to us will point out our shortcomings and then we will fix them to make progress. And another way is self-criticism—Finding out defects and mistakes by oneself and criticizing oneself to correct them. These are the two most common ways, but are they actually the best ways to motivate improvement?

To be independent, we cannot rely on others to point out our weakness, we should move forward alone. The commonsense belief that self-criticism can motivate progress is a biased belief we learned from our parents (Neff, 2003b). Actually, self-criticism is not as effective as we originally think.

Self-compassion is treating oneself with warmth and understanding in difficult times and recognizing that making mistakes is part of being human (Neff, 2003a). If self-criticism is one’s internal critical parents, then self-compassion is one’s kindest friend in one’s mind. Instead of saying something critical like “Disgusting me, you should work harder to overcome this problem! You should make it!” to yourself, self-compassion uses phrases like “Dear me, I know it’s hard to get across this, feeling afraid about that is normal for human-being, but you can do it.”

But will self-compassion motivate us to make progress indeed? Researchers have designed an experiment to investigate this (Breines & Chen, 2011). They provided several tough situations for participants like taking an extremely tough test. After participants all failed the test, they used different instructions to motivate them to compare self-compassion and control condition. The results showed that the group that received self-compassion instruction would study longer after the test than the control group.

People who show interest in self-compassion can exercise it with self-kindness, common humanity and mindfulness.

Self-kindness is a straightforward term—being kind to oneself. We can support ourselves as our friends do because we know ourselves best. It sounds silly that we should spoil ourselves with compassion, but after mentally hugging ourselves several times when we feel hopeless and fear, you will agree that this silly behavior actually brings us warmth and courage.

We are the accumulation of everything we have experienced so far. The way we think and behave is influenced by our surroundings and people around us. That’s true. So your shortcomings aren’t entirely your own responsibility. There once was an 84-year-old grandma who died of cancer. before she died, she said two words—“why me?!” Although I think 84 is a goo age and it is common to die of cancer, the grandma could hardly accept that. You are far less important and specific than you thought. That’s the main context of common humanity. And almost everyone knows that. It’s easy to understand but hard to tell yourself “That’s human being” while suffering. But at least try to remind yourself when you need.

Most importantly, you need to be mindful that you are suffering in order to use the strategies above. Mindfulness can make people be balanced aware of their present emotions, neither ignoring nor over-identifying. If you can tell yourself that “I am aware that I am angry” or “I am aware that I am hurt” all the time during difficulties, you can use the above strategies to make wiser decisions which lead you approach your own standard of success step by step. As for exercising mindfulness, you can simply make a soft mental note whenever a particular thought, emotion, or sensation arises. And consciously exercise this by telling yourself what you’re experiencing especially when you are lost in your thoughts.

Previous UK Leaves EU
Next Getting Rid of Pimples