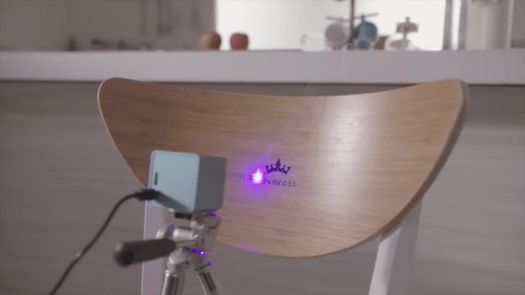 Laser engravers are pretty cool, allowing people to customize their items in a more permanent way than just stickers or name tags. Getting a real laser engraver, however, can be expensive and bulky, not to mention it wouldn’t be very portable. But a new kickstarter campaign is trying to make a compact laser engraver that can fit in your backpack. It’s as simple as plug it in, connect to a computer, select a design, and press start.

Cubiio allows people to personalize anything they own at the press of a button and it works on almost anything. You could engrave paper, wood, leather, plastic, and acrylic.

It originally had issues with cooling and image distortions, but because of its massive success on Kickstarter, raising $945,000 pledged against an initial goal of $25,000, it allows the team behind Cubiio to actively solve problems.

The Cubiio can already be pre-ordered for $379 and shipping will start in November.

Previous Learn by Appreciating Ourselves, Not through Comparing Ourselves
Next Detoxification