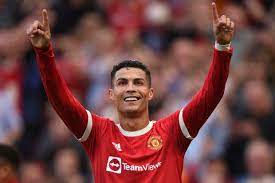 Cristiano Ronaldo, one of soccer superstars for the past 15 years has just made a complete circle as he signs with Manchester United for the second time. He broke out as a teenager on the team alongside legend Wayne Rooney and he is now the legend among his teammates. This two year deal has a maximum of 23 million euros, payable for five years. During his transfer, Ronaldo said, “Manchester United is a club that has always had a specia place in my heart, and I have been overwhelmed y all the messages I have received since the announcement on Friday.”

Later, Ronaldo opened up even further about his legacy at the club on social media when he said, “Everyone who knows me, knows about my never ending love for Manchester United. The years I spent in this club were absolutely amazing and the path we’ve made together is written in gold letters in the history of this great and amazing institution. This all occurred after the rumored trade to Manchester City, United’s rivals. This was thought to be a tactic by Ronaldo’s agents to create interest in Ronaldo. This trade might not even have happened because they had their eyes on Harry Kane, until he decided to stay at Tottenham Hotspur.

Ronaldo, a 5 time Ballon d’Or winner went to Mahcester at the age of 18 where he won three Premier League titles and the Champions League. This team made his career as he transferred to Real Madrid in a record breaking fee where he continued this star-studded legacy.

The fans are excited to see Ronaldo succeed at his old club once again and possibly help his team to a championship.