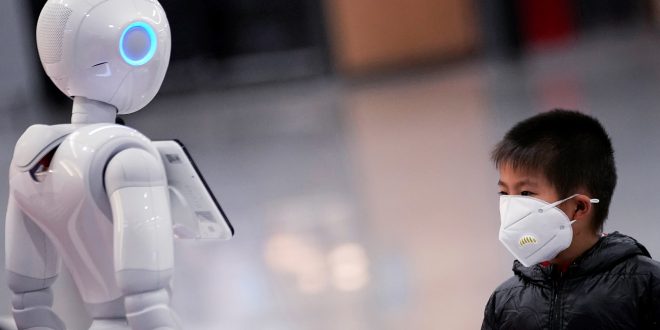 Update on Coronavirus’s Effect on the Tech Industry

Over the past two months, coronavirus(COVID-19), a new virus similar to the flu, has been spreading rapidly in China and other parts of Asia. Global attempts to hinder the spread of the virus has caused financial markets to plummet more than ten percent.

In the tech industry, companies that directly do business with consumers in China were first to feel the effects. Apple, a tech company that earns a large portion of its revenue from China, warned investors that the supply of iPhones would be hampered by the spread of coronavirus. Apple relies heavily on a factory in Shenzhen, China, just north of Hong Kong.

A few days later, Microsoft also warned investors. The big tech company depends on customers who install its Windows operating system on computers and tablets, and the sales of these hardware products are being slowed by  COVID-19. Personal computing accounts bring Microsoft around a third of its revenue.

The impacts of coronavirus have not been limited to just big tech and hardware companies. Expedia, a large travel aggregator, declined to provide a full-year financial outlook due to the effects of coronavirus on global travel. Didi, the Chinese ride-sharing giant, has started providing drivers with plastic barriers to place between the front and backseats to act as a layer of protection against coronavirus. Around 51,000 companies had one or more suppliers in China affected by the virus, according to Dun & Bradstreet, a business research firm.

Organizers called off MWC Barcelona, the annual global telecommunications show held in Spain. Facebook has also canceled its annual F8 conference, one of the company’s most anticipated events, where it showcases products and plans for the future to software developers. Employees at Amazon’s worldwide operations department were also told against traveling domestically or internationally until further notice, and the death of an employee has prompted Google to do the same.

Not all companies have been negatively impacted, however. Zoom, an online-conferencing software company, has seen its shares skyrocket as more people communicate via its online meeting rooms from home. All these negative effects are severe, but unlikely to lead to long-lasting economic damage if the virus subsides in a reasonable amount of time.

Previous Common Elitism
Next The Dangers of Antibiotics