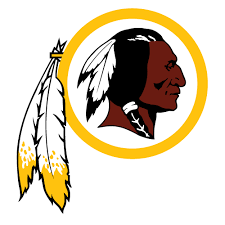 Due to pressure from the recent BLM protests, the Redskins are thinking of undergoing a name change due to the “racist” connotation of its name. Snyder, Washington Redskins owner who had previously stated he would not change the name, gave in to the possibility after FedEx Corp, which owns the naming rights to the team’s Landover, Maryland, stadium, called for the team to be renamed. The Redskins said that after all that has been going on with the fight against racial injustice, there would be a review of the team name and there would possibly be a change. “This process allows the team to take into account not only the proud tradition and history of the franchise but also input from our alumni, the organization, sponsors, the National Football League and the local community it is proud to represent on and off the field,” Snyder said in a statement. Major League Baseball’s Cleveland Indians followed the Redskins’ lead on Friday, saying the club would also consider changing a team nickname that had been with them for the past 105 years.

On June 26 a group of more than 80 investment firms collectively with more than $620 billion in assets under management, had urged FedEx, Nike Inc and PepsiCo Inc to terminate relationships with the team unless it changed its name. PepsiCo followed FedEx’s lead in speaking up on Friday. It issued a statement that it welcomed Snyder’s call for a review of the team’s name.

After so much controversy, we all wonder what will happen to the team and how their name stands to change. Many speculations have come through, as well as a contest that was held gave people the opportunity to give out ideas. One of the favorites was the Washington Redtails, which would not only honor the military that serves us, but also perfect for a team based in Washington D.C.