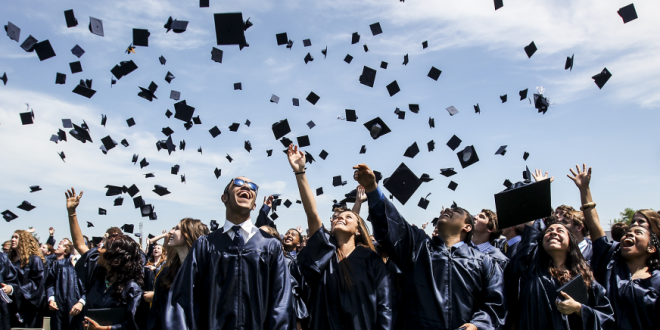 Previously published in The Saratoga Falcon

Any University of California school costs about $30,000 per year with room and board. And that cost is an insignificant mosquito compared to the elephant prices of Ivy League schools. Yet most people are still willing to pay an enormous $200,000 to attend their dream Ivy Leagues to receive an undergraduate degree, as reported by College Tuition Compare.

The unfortunate reality is that a majority of these U.S. citizens simply cannot afford these costs. According to the Social Security Administration, the average annual full-time wage is about $50,000. That means four years of a 40-hour work week at $25 per hour is required to pay for such a  degree.

Luckily, there is a way to escape the financial pressures that come with paying off student loans. It’s called community college.

No, community college is not for the academically challenged nor is it for people who have no ambition. It is a tool for those who are financially responsible.

Community college is a fresh start that considers almost nothing from your high school career. Not even the SAT is necessary, because none of those tests count. Only your credits transfer with you.

Student Andy Nguyen is just one of many who took advantage of community colleges. Originally a college dropout, he went on to found two companies, but something was calling him back.

“I realized the value of the tool computer science could give me,” he said. “If only I could harness its potential, I [could] maximize the efficiency of my work.”

Nguyen decided to return to school to learn once again, this time choosing computer science as his major. He would find many charming qualities of community colleges, especially compared to universities.

“I have always loved the time I [was] in community college, really because of the smaller classrooms and better teachers compared to university,” Nguyen said. “A part of it is also the diversity of people who come from all walks of life.”

Nguyen would re-apply to the university he once withdrew from, and with his successful two companies, he is almost guaranteed readmission. However, many more programs are offered to the transfers of community colleges.

According to University of California Admissions, UC Berkeley’s general admission rate is around 17 percent. However, as a transfer student, that number jumps to 24 percent.

That means that almost one transfer student is accepted out of every four — and that is a common trend across the board, not just at Berkeley.

Community colleges even have Transfer Admission Guarantee, which ensure you a spot in one of the colleges in the program, such as UC Irvine or UC Davis. The only requirements include filling out paperwork and finishing the prerequisites with the minimum GPA, which varies from 2.9 to 3.4 depending on the major.

So if you are stressed about your life, your GPA, your failures or simply the cost of college, just breathe and remember that the California community college system has got your back.