Home / Health / Common Foods That Could Prove to be Poisonous 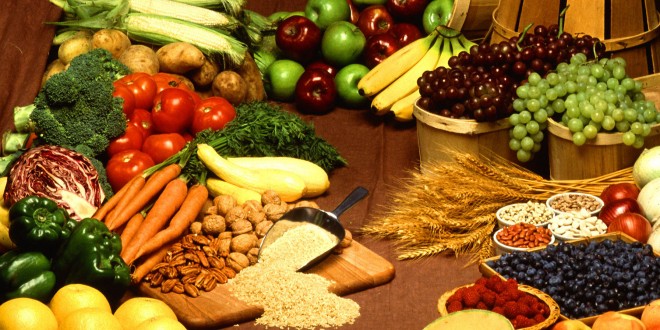 Common Foods That Could Prove to be Poisonous

Under certain circumstances, the staple foods you have for dinner could send you to the emergency room. Here’s a list of poisonous food crops:

More common within Mediterranean, African, Indian, and Asian cuisine, the grass pea contains a neurotoxin called beta-N-oxalyl-diaminopropionic acid (beta-ODAP). The symptoms start with weakness in the legs, then progress to paralysis from the waist down and ultimately, death. How the grass pea has remained a dietary staple is the way it is prepared. A long soak in water or fermentation in bread will make this pea edible.

The value of corn in the U.S. is estimated to be about $22.6 billion. There are endless ways to consume corn, be it cornbread, corn on the cob, or tortillas. Thankfully, the only way someone will feel the effects is if corn is eaten by itself and makes up most of their diet. The niacin in corn cannot be absorbed without calcium hydroxide- or lime as Native Americans ate corn- and will lead to a severe niacin deficiency known as pellagra. The symptoms of pellagra are called the four D’s: dermatitis, dementia, diarrhea, and death.

High levels of oxalic acid are present in the leaves of rhubarb. Symptoms include weakness, difficulty breathing, gastrointestinal problems, and rarely, coma and death.

This dark, round berry contains cyanide in all parts of the plant. When consumed raw, most people only experience severe nausea and recover.

The cashew tree produces the oil urushiol- the same oil from poison ivy. The nut itself is safe, but any contact with the shell will cause rashes. Therefore, no cashews are sold raw.

If prepared incorrectly and left raw or undercooked, the poisonous compound called phytohaemagglutinin in red kidney beans will cause severe nausea, vomiting, and diarrhea.

Potatoes contain solanine, a poison that can lead to headaches, vomiting, nausea, a burning sensation in the throat, and in more extreme cases, hallucinations, hypothermia, coma, and death. When potato tubers are exposed to light, they turn green and increase production of solanine. Cooking will remove most of the solanine.

Used to make tapioca pudding and bread, the cassava root contains linamarin which converts to cyanide in the body. During droughts, cassava roots produce more linamarin. The toxin can be removed by soaking, drying, or baking the root, but the process takes several days and is not perfect. Cassava poisoning can lead to death and even at lower levels, cause a chronic condition called konzo. Symptoms are weakness, tremors, coordination issues, vision problems, and partial paralysis.

Previous Lower The Drinking Age
Next My Journey to High School