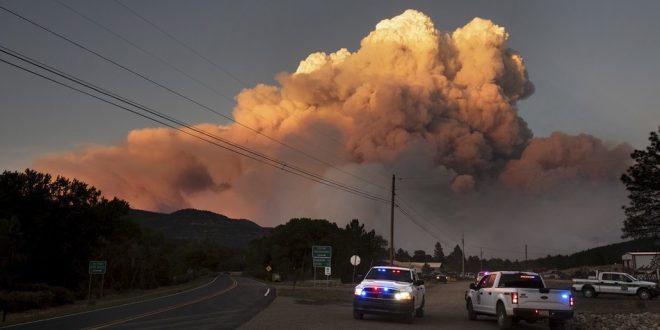 By Xingyan (Ashley) He

An enormous wildfire broke out in Northern Colorado and New Mexico on June 1st, and it is reported to have set fire to thousands of acres of land, disturbing over 1000 residents living in the area. All residents have been evacuated, but the fire still threatens the homes of the evacuated.

The Colorado fire began fifteen miles outside of Durango but the town reports no damage yet. Timber, including grass and bushes, continues to feed the fire. Highway 550 has been closed due to its close proximity to the wildfire.

The manager of La Plata County has declared a state of local disaster on Friday Evening (June 1st) due to the spread of the wildfire and the damage it has caused.

The weather report predicted a fifty percent chance of a thunderstorm on June 3rd, hopefully preventing the spread. Locals said they are afraid of the further fires lightning may cause.

By June 2nd, there were 27,290 acres consumed in the wildfire, which firefighters report to be zero percent contained. Because the wildfire is spreading quickly, cities as far away as Laguna Beach in California and Cirramon, New Mexico have been issued evacuation orders. According to the US Forest Service, about 14 outbuildings at the Philmont Scout Ranch, which was belong to the Boys Scouts of America, have been destroyed.

Previous High Stress
Next When To Give Up