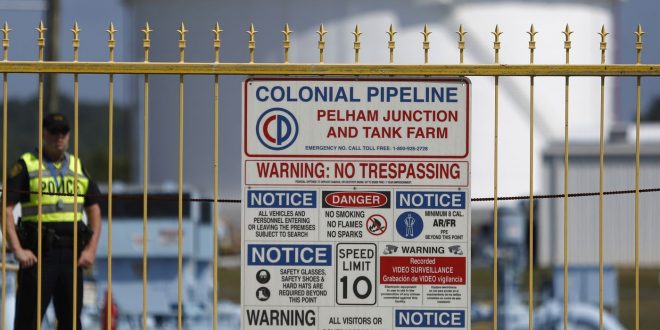 On May 7th, 2021, Colonial Pipeline, a major US fuel pipeline, was targeted by ransomware cyberattacks and taken offline over the weekend. The culprits, a cyber-criminal gang called DarkSide, has since acknowledged its responsibility in a public statement, writing on its website: “Our goal is to make money and not creating problems for society,”.

The US government has issued emergency legislation on Sunday after the pipeline was hit by the cyberattack.

Colonial Pipeline carries over 2.5 million barrels a day, which is equivalent to 45% of the East Coast’s supply of diesel, petrol, and jet fuel.

The operator went offline on Friday after the attack, and the pipeline is still working to restore service.

On Monday, the FBI officially confirmed the responsibility of the hacking group Dark Side in compromising Colonial Pipeline’s networks, saying that it was continuing to work with the firm and other government agencies on the investigation.

In a speech about the economy on Monday at the White House, US President Joe Biden said that he was being “personally briefed” on the situation with the pipeline each day.

“The agencies across the government have acted quickly to mitigate any impact on our fuel supply,” he said. “We’re prepared to take additional steps depending on how quickly the company is able to bring its pipeline back up to capacity.”

A number of cyber-security experts have speculated that cyber criminals of DarkSide could be Russian, because their software avoids encrypting any computer systems where the language is set as Russian.

“I’m gonna be meeting with President Putin and so far there is no evidence, based on our intelligence people, that Russia is involved,” said Biden.

DarkSide posted a statement on its website on Monday describing itself as apolitical.

US fuel prices nationwide rose six cents per gallon for regular unleaded gasoline, the American Automobile Association (AAA) said on Monday, while Wall Street shares in US energy firms were up 1.5%.

Previous What is Happening Between Aaron Rodgers and the Packers.
Next Garlic and H. Pylori