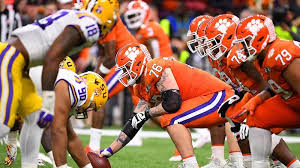 Heading into the beginning of the school-year, many college football fans are wondering what the season will be like. But, there are many, including Urban Meyer, FOX sports analyst, who is optimistic of the upcoming season. He believes that many, if not all teams will be playing when he said, “I didn’t say every conference is going to play. I didn’t say every team is going to play,” Meyer said last week. “I said we’re going to play college football. I really believe that conferences, presidents, ADs and the commissioners are going to work together with the head coaches, and they’re going to work this thing out.”

But, this will all be determined by the number of cases there are during the start of the season. A scenario that is being debated upon is the 8-10 games scenario. Ohio state athletic director and Notre Dame athletic director advocate for this, with a later starting date. Many are thinking that October 3rd is a reasonable starting date due to all teams having nine weeks before the start of conference championships played on December 5th.

This could be an issue though. Probably the most well known college football player, Trevor Lawrence, quarterback for Clemson, said that he might opt out of the season because of what is going on. Though this has changed and he has clearly stated that he would “100 percent be returning to the 2020 season, many other players originally followed suit and mentioned their forfeiting the season.

Though football does not seem like it will be cancelled, it will definitely not have the same atmosphere as usual. Players like junior safety Andre Cisco state, “Fans are part of your team basically. It’s going to be really weird.” Schools are hopeful that there can be a reduced stadium capacity but with local and state health restrictions, large gatherings may not be possible. Schools such as Ohio State state that there will be a 20% capacity as well as mandatory masks.

College football is the heart of school spirit. It will be difficult to predict what the new season entails, but there is one thing for sure. Nothing will be the same. The atmosphere will be lost, and seasons will be shortened.

Previous Should Allowance be Allowed?
Next Mass Protests in Belarus