Home / Lifestyle / Classical Music is Dead… Or Is It? 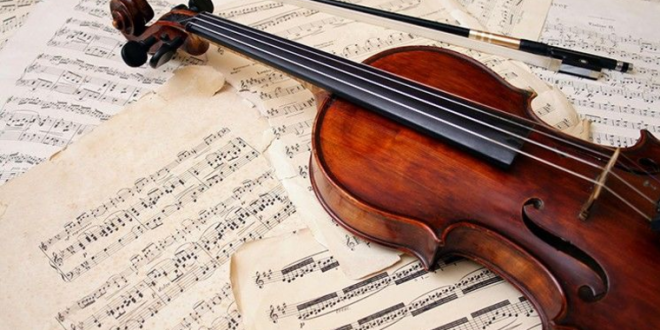 Classical Music is Dead… Or Is It?

The United States is home to some of the world’s best symphony orchestras and music institutions, which is already enough to set fire to the idea that classical music is dead. But if this isn’t enough proof, try talking to one of the musicians in these orchestras or music institutions to see how passionate they are about classical music. Professional musicians have spent decades perfecting their art, and the only reason why they can survive in an ostensibly obsolete industry is their passion for the music. Music is their life. Music speaks to them on a transcendental level, and their goal is to bring that music to as many people as they can. Aspiring musicians that currently go to music institutions in the United States also offer insight into the state of classical music. Why, you ask, do thousands of people every year pursue a career in music despite all the odds against them? Passion. You can see the passion in their eyes when they play, and the connection that they have with the music is far superior to the statistics that appear to mark the demise of classical music. However, is isn’t only the musicians that have a deep connection with the music. After all, how can you have musicians without an audience? Talk to one of those graying audience members and see ask them how their years of listening to classical music has affected their lives. You’re bound to encounter some raconteurs with a burning passion for classical music, and their stories will undoubtedly convey the importance of classical music in their lives. No statistic can ever come close to accounting for these personal connections with the music, and these are the details that prove classical music is indeed still alive.

Understandably, classical music might pose more barriers to entry than other genres of music, resulting in the small percentage of classical music followers. Classical music relies solely on the combination of sounds, and there are no words to dictate its meaning (with the exception of opera, but it’s not like an Italian opera would be understandable to an American listener). However, allowing oneself to overcome these barriers is something that everyone can do. Classical music is for everyone, not just the elite. Expose yourself to some Mozart, Beethoven, or Chopin, and listen to it intently. Think of this like rhetorical analysis. What ideas is the composer trying to express? What is the overall mood of the piece? It might be hard to grasp the meaning of the piece at first, but if you immerse yourself in the music, it will come to you. Understanding the piece is the most important part in actually liking a piece.

If the complaint that classical music is dead isn’t something new, why are so many critics today complaining about it? After all, what does it mean for an art form to be dead? An art form is only dead when it no longer has any effect on society. Granted, classical music doesn’t have a huge effect on American society, nowhere near the effect of pop music, but that doesn’t mean it is dead. These true but misleading statistics are supported only by the idea that classical music has never had much of a foothold in the United States. It’s an aberration. It’s something that is only appreciated by pretentious snobs. But while this common perception of classical music in the United States has some truth to it, it doesn’t explain why the United States is home to some of the world’s best symphony orchestras and music institutions. It also doesn’t explain why there are so many aspiring musicians who choose to pursue a career in music despite all the odds being against them. There must be something about classical music that makes it so valuable to the few who embrace it, that allows it to survive despite the overwhelming claims that classical music is dead.