Home / Lifestyle / Why are Cities Vying to Host the Olympic Games? 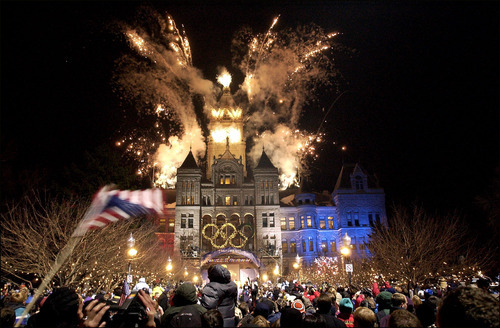 Why are Cities Vying to Host the Olympic Games?

October 1, 2009, one week prior to the International Olympic Committee (IOC) casting their votes, President Obama and first lady Michelle Obama embarked on a diplomatic mission to compete against Madrid, Spain; Tokyo, Japan; and Rio de Janeiro, Brazil, for the 2016 Olympic Games. Inspired by the success of Olympic events such as the 1984 Summer Games in Los Angeles, the Obamas and other countries’ officials lobbied the IOC to host these highly-anticipated global events in their home country despite criticism that brings up the colossal costs and financial risks of this privilege.

More than a series of sports competitions, the Olympic Games embody unity, pride, elite athleticism, and peace around the globe that attract billions of spectators watching the world’s leading athletes competing for the ultimate glory of bringing home a medal. Over the years, government officials around the world seized the magnitude of the Olympics as an opportunity for economic development and cultural integration. Though Mr. Obama was the first U.S. president who appeared before the IOC to lobby for the Olympics, other world leaders had campaigned for their nations before. In July 2005, Tony Blair in his role as the British prime minister helped London win the 2012 Olympics by traveling to Singapore for two days of meetings with IOC members, and Russia’s Vladimir Putin went to Guatemala to lobby in support of Sochi’s bid for the 2014 Winter Games. In 2009, Presidents and prime ministers from the three other 2016 contenders—Brazil, Spain, and Japan—all supported their respective country’s bid in person.

The 1984 Summer Games have been widely considered the most successful set of Olympic Games in history and inspired countries to host the events, and its meticulous planning and conservative approach in preparing sporting venues were keys to its success. Normally, immediately after winning the bid, the host city has to construct massive stadiums and buildings to accommodate the influx of tourists and spectators. Los Angeles’s planning committee, however, decided against building any new structures, and instead opting to refurbish existing venues except for those that were financed by corporate sponsors. Additionally, to alleviate the cost and increase funding for the event, the city promoted corporate sponsorships, private fundraising, volunteering, and television deals. Citizens and artists from different ethnicities came together and designed bold textures and patterns that represented the city’s vibrant multi-culture. With hundreds of millions viewers watching the games globally and sold-out tickets at events, the games were not only highly profitable for the city but catapulted Los Angeles to the global stage.

Contrary to the success of the 1984 Summer Olympics, the most recent 2016 Summer Olympics in Rio de Janeiro placed a significant financial and logistical burden on Brazil. In addition to the over-budgeted costs of constructing new venues and infrastructure, political and social unrest as well as water pollution further deteriorated Brazil’s struggling economy and kept potential tourists away. In light of strong criticisms about its pressure on the host city to shoulder exorbitant costs for a short-lived event, the IOC has reduced its long list of requirements in the complex bidding process, encouraging the city to reuse and expand current venues as well as proper post-games planning strategies.

Evidently, hosting the Olympic Games comes with a numerous costs for infrastructure and security. However, with the more cooperative IOC and the opportunity to be in the center of attention of billions of viewers around the globe, cities are still vying to bring this global event to their hometowns.

Megan is a senior at The Harker School. She is interested in applied mathematics, computer algorithms, artificial intelligence, cognitive vision science, and economics. Outside of school, she is a tutor and mentor at the Boys and Girls Club of the Peninsula (BGCP), a regular volunteer at Second Harvest Food Bank (SHFB), classical pianist, and an avid figure skater. In her free time, she enjoys exploring hiking trails in the Bay Area and Lake Tahoe, reading science fiction books, WIRED and The New Yorker magazines.
Previous Obesity and Diabetes
Next On Campus: The Single Mother

The Importance of a Neat Desk

The Art of Aesthetics

Elsa Yang “That day, humanity remembered, the terror of being ruled by them, the humiliation …