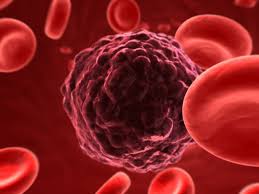 A typical cancerous tumor contains millions or even billions of cells harboring genetic mutations driving them to grow, divide, and invade the local tissue in which they’re embedded. However, as the cells proliferate, they don’t all stay in the neighborhood. Some cells slough off the edges of a tumor and are swept away by the bloodstream or lymphatic system. These so-called circulating tumor cells (CTCs) can remain loose in circulation, cluster together as they travel, or lodge themselves in new tissues. Whatever their path, their common origin means that CTCs hold information about a tumor, information that researchers think could be key to cancer diagnosis or treatment.

Cancer patients have only between 5 and 50 CTCs per teaspoon of blood, so their presence is dwarfed by blood cells. However, in the past decade emerging technologies have, for the first time, allowed the isolation of CTCs from patients’ blood samples. Some methods, among the first established, rely on the cells’ physical properties. When a blood sample settles or is spun in a centrifuge, red blood cells, white blood cells, and other components of blood separate into layers. Based on their buoyancy, CTCs can be found in the white blood cell fraction. Then, because CTCs are generally larger than white blood cells, a size-based filter can divide the cell types.

More recently, developed CTC isolation techniques have depended on antibodies against epithelial cell-adhesion molecule (EpCAM), a protein that sticks out of the outer surface of CTCs, but not healthy blood cells. The Food and Drug Administration-approved CellSearch platform, for example, consists of EpCAM antibodies attached to magnetic beads, so the cells can be pulled out of solution with a magnetic field. Among other set-ups of cell-capture devices using the antibodies, a microfluidic silicon chip has been designed with tens of thousands of EpCAM antibody-coated microposts for CTCs to bind to as blood samples flow through the chip.

As these methods for isolating CTCs mature, correlations between the cells and a patient’s disease have emerged. In 2004, researchers discovered that breast cancer patients with fewer CTCs in their blood lived longer than those with more CTCs. Similar results have been seen in other cancer types, including prostate and colorectal cancers. Additional studies have analyzed the genetic mutations that the cells carry, comparing the mutations to those in a primary tumor or correlating the findings to a patient’s disease severity or spread. In one study, lung cancer patients whose CTCs carried a mutation known to cause drug resistance had faster disease progression than those whose CTCs lacked the mutation. In another study, changes to certain signaling pathways within CTCs during treatment could predict how well prostate cancer patients responded to a drug. Taken together, the results suggest that CTC blood tests could be used to track the severity of a cancer or efficacy of a treatment.

Other studies on isolated CTCs—both their genetics and physical characteristics—have even identified potential drug targets. If measurable changes in some CTCs make them more likely to lodge in a new tissue, spreading a cancer, then blocking such changes, or killing circulating cells that show these signs, could stop cancer metastasis. Such CTC markers that could signal metastasis and could provide novel drug targets have been found in mouse models of pancreatic cancer and blood samples from breast cancer patients.

However, the ability to characterize the genetics of CTCs has raised as many questions as answers. Last year, researchers analyzed the levels of 95 cancer-related genes in CTCs from 50 breast cancer patients and found that the cells—even from one single patient—didn’t all have the same gene-expression patterns. Continued research is needed to clarify the relationship between a patient’s tumor and CTCs and determine what clinical value CTCs possess. Researchers need to understand more fully what aspects of the genetics of a tumor can be inferred from CTCs before they can begin using the cells as biomarkers. To move forward, those in the field remain focused on characterizing the biology of CTCs, fine-tuning and standardizing their methods of isolating the cells, and studying how their observations in the laboratory can translate to the clinic.