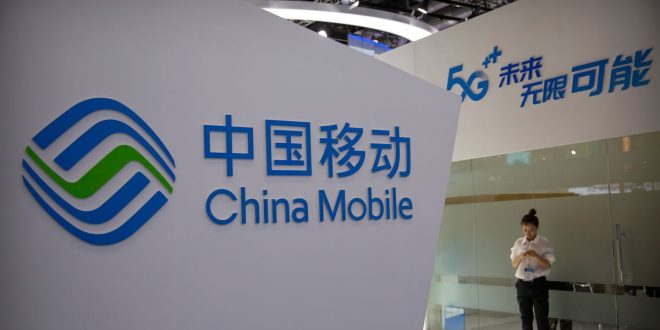 On Thursday, October 31st, the state-owned carriers China Mobile, China Unicom, and China Telecom unveiled their 5G data plans. Beijing and Washington are currently engaged in a trade and technology war, and this year, South Korea, the US, and the UK have all come out with new next-generation 5G networks.

Chinese carrier companies originally planned for the launch next year but accelerated its rollout. The service is now available to customers in 50 Chinese cities, most notably including Beijing and Shanghai, with prices for the service ranging from around 128 yuan to 599 yuan. The rollout of this plan would make it one of the world’s largest 5G networks. Chen Zhaoxiong, vice-minister of industry and information technology, the China’s top industry regulator, said China has been working hard to extend 5G coverage, and that by the end of this year, more than 130,000 5G base stations will be activated to support the network, yielding one of the world’s largest 5G deployments ever.

China granted licenses for the commercialization of 5G service to the telecom carrier companies in June. China is not the first country to make 5G available for commercial use, nor does it have the biggest 5G industry in the world, but some, such as Wang Zhiqin, deputy director of the China Academy of Information and Communications Technology, would say it leads the world in the scale and diversity of 5G services. China plans to turn 5G services more widespread and available to more people. Qualcomm China said that it is pleased to join hands with industry partners to contribute to the construction of the 5G industry in China. Ding Yun, president of Huawei in Shenzhen, said the company is “ready to help China build the best 5G network possible.”

The future of the 5G industry is looking very bright, and it is clear that it will remain a large investment magazine, as many countries – such as the United States, the United Kingdom, China, etc. – have poured money and labor into growing this new industry. We can all look forward to the new era that 5G will bring to the world.