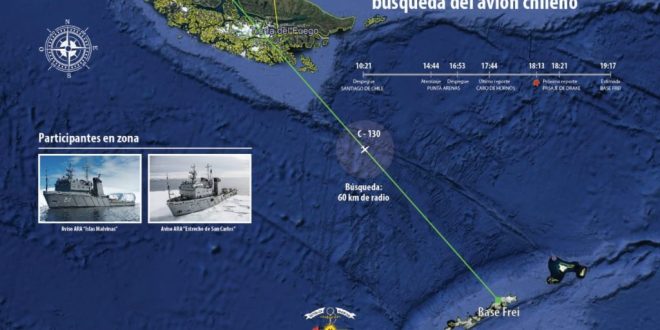 The Chilean Air Force said on Thursday it has recovered human remains in the search for an Antarctica-bound plane that crashed earlier this week with 38 people on board.

There were no survivors, Arturo Merino, head of Chile’s air force, told reporters.

The aircraft, which was heading to a base in Antarctica, disappeared shortly after taking off late on Monday from the southern city of Punta Arenas in Chilean Patagonia. It carried 21 passengers and 17 crew members.

“The condition of the remains we discovered make it practically impossible that anyone could have survived the airplane accident,” Merino said.

The first pieces of debris from the plane were discovered by Chilean air force officials late on Wednesday. A Brazilian ship sailing in the region also found pieces of the plane.

The air force’s Merino said authorities would immediately conduct forensic analyses on the remains to confirm their origin.

Chile’s Legal Medical Service, the state coroner, had also sent a team to Punta Arenas to analyze the blood of family members earlier on Thursday.

The plane crashed over the Drake Sea.