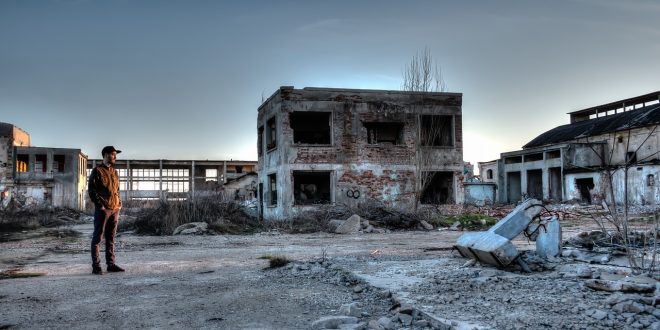 Nuclear power was always seen as the power source of the future, but it can quickly become only part of the past. The towns of Chernobyl and Pripyat were small, thriving soviet cities with a combined population of 100,000. Days later, they were abandoned, rusting in the cold Ukrainian winter, not a single human to be found in a 30 kilometer radius. How can a nuclear power plant do such a thing to such a large area? Is nuclear power really safe?

At the dawn of the Cold War and development of nuclear weapons, nuclear energy was seen as the future provider of energy. It was cleaner than coal or oil and could produce much more for less money than solar or wind energy. The world built nuclear power plants at an astounding rate of 10 to 15 per year on average, with the late 60’s holding the record of 37 new plants built in one year. Then, during the turn of the century, they stopped. This was mainly caused by one single accident: the chernobyl nuclear disaster.

The Chernobyl nuclear disaster was the worst commercial nuclear disaster in history, surpassing even the Three Mile Island incident in casualties. What had been a routine safety test rapidly escalated into an international disaster, and cleanup for the incident costed local governments millions while hundreds of thousand of workers suffered through constant radiation bombardment. When reactor 4 exploded as workers performs a SCRAM, or emergency shutdown, it released plumes of radioactive steam emitted from the overheating coolant water over thousands of square miles.

Ionizing radiation, spread around the fallout zones, is what causes people to be so scared of nuclear accidents. They contain lots of energy and releases that energy when entering your body, damaging your cells’ molecules and atoms. By harming the genetic material in your body, it can cause mutations and lead to cancer. Images of deformed dogs and wolves of the area have had a profound affect on public opinion. Acute exposure can cause rapid death, usually in hours or days.

Due to this limitation, nuclear power has been dropping in popularity, and as renewable energy takes over as future power source, the legacy of the horrendous effects of Chernobyl will serve as a reminder for those who pursue nuclear power.