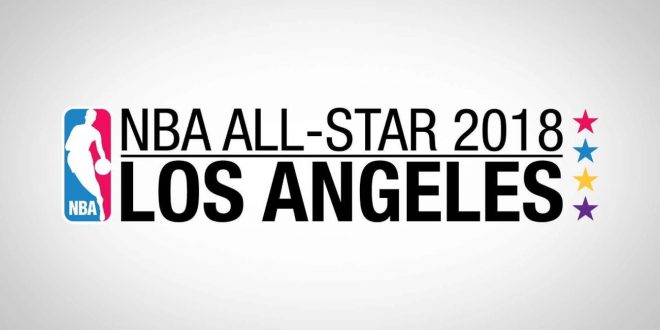 On February 18, 2018 in Staples Center, Los Angeles, the 2018 NBA All-Star Game was a mid-season exhibition game that recognized the best players from the Eastern Conference and the Western Conference based on their performance in the first half of the season. This allows basketball fans to see the best players play in the same game. However, since 2011, when TV viewership of the game peaked at over 9 millions, the game’s TV viewership has declined, prompting criticism by the media. Similar to other major league sports, the NBA is a business with many stakeholders who are interested in increasing the popularity of basketball. Viewership of the All-Star Game is one of the many measures of the sport’s popularity, so naturally, the league is concerned with the decline in viewership. Many factors have been blamed for the decline, and the league has been making changes to improve viewership. Conflict with other popular televised events is one of these factors. While the game is always scheduled after the NFL Super Bowl, once every four years it inevitably conflicts with the Winter Olympics, and in 2012 the game was aired against Academy Awards presentation. However, this does not fully explain the overall decline in viewership.

Player selection has always been a source of criticism and controversy for the All-Star Game. Two teams compete in the All-Star Game, and up to the 2017 All-Star Game, they represented the Eastern and Western conferences with each team consisting of 12 best players (5 starters and 7 reserves) from their respective conference. Prior to 2017 All-Star Game, the starting players from each conference were selected based on the fans’ voting. However, there is a general consensus that many fans vote for their favorite players in their favorite teams and not necessarily the best players. Hence, fan voting may favor the more popular older players who may have great past accomplishments but do not necessarily perform better in the first half of the season among their peers. Player selection also favors players with bigger fan bases, such as foreign players who sometimes have strong followers in their home country. Zaza Pachulia, a native of Georgia and starting center for the Golden State Warriors, for example, is regarded as a national hero in his native country and has ranked higher in fan voting relative to others who are generally regarded as better players, especially since the Warriors became the premier team in the league. For these reasons, the reserve players for each of the competing teams were selected based on coaches’ voting, but this does not solve the issue with fan voting for starting players. In 2017, the league changed the selection process for starting players by ranking them based on 50% fan votes, 25% media votes, and 25% player votes. Viewership averaged 7.8 million in 2017, a 3% increase compared to 2016 but still well below the 2011 viewership.

Lack of competitiveness is another factor plaguing the NBA All-Star Game. This is not specific to the NBA because an All-Star Game in any sport is just an exhibition game that has no impact on team standing. As such, players tend to play for fun and focus mostly on offense while sacrificing defense to avoid injuries. However, many pointed out that since 2013, the lack of competitiveness is more pronounced because of a change in the general trend of how the NBA game is played. The emerging of better shooters such as Steph Curry and the rise of the Golden State Warriors have dramatically changed the game by exploiting the 3-point shots. As teams around the NBA are trying to emulate the success of the Warriors, the increasing 3-point shots in the game results in the decrease of the traditional post-up plays in the paint area, where there are typically more contacts and injuries. This trend is also reflected in the All-Star Game, where in the last few years, scoring has dramatically increased and is dominated more and more by fast-break dunks and 3-point shots, which further accentuate the lack of defense. In 2016 a total of 369 points were scored and in 2017 a total of 374 points were scored with the winning team scoring more than 190 points. Hardly any shot is contested and the game is becoming more like a Harlem Globetrotters show instead of a typical competitive NBA game. In essence, a shift towards less confrontational plays and lack of motivation for team defense have reduced excitement among spectators of the All-Star Game.

Compounding the problem, as teams in the Western Conference frantically try to catch up with the Golden State Warriors by aggressively attracting better players and free agents, the Western conference has generally grown stronger relative to the Eastern Conference and dominated the All-Star Game in the recent years. For the 2018 All-Star Game, the league once again changed to the format of the game in an attempt to make the game more interesting. While the pool of All-Star players from each conference is still selected by the same voting process as in 2017, the 2018 All-Star Game is no longer a contest between the Eastern and Western Conference. Instead, borrowing a concept from the NHL All-Star Game, the top-voted players from both Eastern and Western conferences are selected as team captains and they in-turn select their teammates from the pool of 22 other nominated players in a draft-style selection process. This way, the two competing teams consist of a mix of players from both conferences. For 2018, Lebron James and Steph Curry are the top-voted players for the Eastern and Western conferences respectively, so they become the first team captains for the new All-Star Game format. The draft selection process was done in secret which again drew criticism; however, many are in favor of the new format, and the two captains have expressed hope that this new format will give more motivation to players to step up the level of competitiveness in the game.

While changes in the 2018 NBA All-Star Game drew considerable excitement among fans and many did think that it was a more competitive game relative to the previous 2 years, viewership averaged 7.7 million which is slightly less compared to the 7.8 million in 2017. To be fair the game did coincide with the Winter Olympic and 2018 viewership is higher than the 7.5 million in 2014 when it also coincided with the Winter Olympic. Undoubtedly, more changes are anticipated for future All-Star Games as the league tries to make the game more interesting. The draft selection process by the team captains, for example, is likely to be televised next year given the high interest expressed this year. There is also a proposal that a player should not be selected as team captain in two consecutive years to further stir the mix of players in the two competing teams. In the meantime, for most basketball fans, it is best to simply relax and enjoy the game.

Megan is a senior at The Harker School. She is interested in applied mathematics, computer algorithms, artificial intelligence, cognitive vision science, and economics. Outside of school, she is a tutor and mentor at the Boys and Girls Club of the Peninsula (BGCP), a regular volunteer at Second Harvest Food Bank (SHFB), classical pianist, and an avid figure skater. In her free time, she enjoys exploring hiking trails in the Bay Area and Lake Tahoe, reading science fiction books, WIRED and The New Yorker magazines.
Previous Fishy Oil
Next Shree Mahendra Gram Secondary School