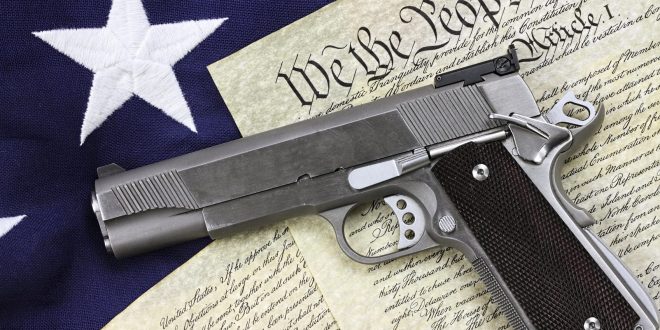 Handgun lying over a copy of the United States constitution and the American flag.

The Case for Gun Control

Gun control is a hotly contested issue, especially between the two major political parties. However, while the right to bear arms is often seen as fundamental due to the Second Amendment, many comment that regulating who can own weapons is crucial to lower the amount of gun violence in this country.

While owning a gun is, in many parts of the country, seen as a God-given right, it has led to a gun violence epidemic in the United States. Gun violence per capita in the United States is far greater than it is in other developed countries, and on par with third world countries such as Haiti.  Although the right to bear arms is protected by the Second Amendment, the deadliness of a gun has increased dramatically since the creation of the Bill of Rights; thus, tightening regulations that prohibit citizens from owning certain types of guns, such as assault rifles, and restrictions such as background checks, is necessary to provide a safer environment for all Americans.

Although the right to bear arms is often considered critical to our liberty and identity as Americans, it is important to consider the need for increased regulations and restrictions, in the hopes that the next mass shooting can be prevented.