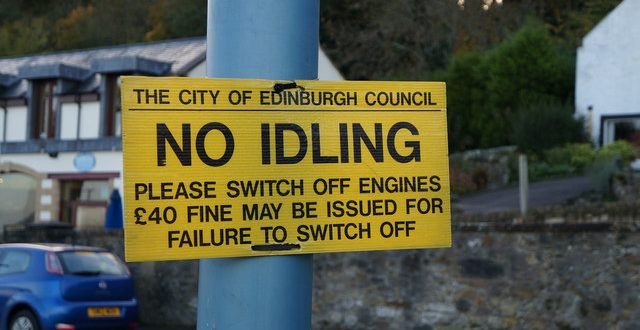 Recently at my school – Pinewood School – we conducted a survey on the amount of carbon emissions produced over a week. Specifically, how much carbon dioxide was emitted by car idling, a habit that we can all get rid of. Car idling happens when a car remains stationary, but is still running its engine – still producing carbon dioxide and air toxins for no reason. In only one week, our school managed to produce a whopping 113.1 pounds of carbon dioxide just through car idling alone.

This number is not only shocking because it is a big amount to be produced in one week by only car idling, but also because our school is very small in comparison to others. Pinewood School has about 50 students per grade, and about 300 students total from seventh to twelfth grade. For this tiny school to produce 133.1 pounds on car idling alone is horrific. Imagine all the other high schools across the United States. Think about the Bay Area high schools – with only grades from ninth to twelfth – like Monta Vista and Lynbrooke – they number in the hundreds, even thousands. Think about the middle schools, the elementary schools. My middle school was a public middle school with each grade having 300 students, and my middle school is probably the smallest among public Bay Area middle schools. Those schools must produce at least 1500 pounds of carbon dioxide from car idling each week.

Besides carbon dioxide, air pollutants are also being emitted. Air pollutants, such as those produced by cars, raises cancer risks by 50%. Also, according to the EPA, car idling has become so bad in schools that it has caused pollution hotspots; from the monitoring of schools, the level of air toxins spike around 3pm and 4pm, the time when parents pick up their children. Pollution hotspots in schools leads to a higher cancer risk. Car idling not only damages the environment, but it also damages the health of children, especially those who are younger; young children are still developing their bodies, and breathe at a faster pace than older teenagers.