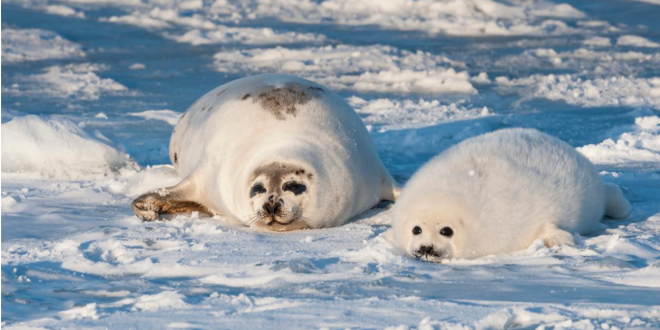 Canada Holds On to Sealing Industry Despite Falling Demand 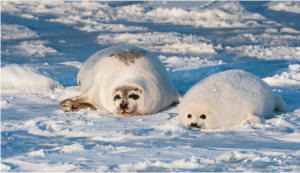 Canada’s commercial seal industry has its roots in the early 1500s; seal oil was sold in the Old World as a machine lubricant and demand for the highly treasured fur soon rose for use as opulent coats.

The Canadian government mandates that sealers go through training in “humane killing practices” before they can be licensed. Sealers are to target a seal’s head using high-powered rifles, clubs, or a hakapik—a wooden staff with a hook at the end—, ensure the animal is dead, and sever its arteries before skinning it.

Despite Canadian efforts for humane killing practices, animal welfare advocates are not appeased. They claim the killings are still inhumane, as hunters will impale pups in their face or eyes and shoot them from moving boats. Pups are often targeted for their soft coats.

More than 35 countries, like Russia and members of the European Union, have banned seal imports, with the Canadian Inuit as an exception. “We lost our markets for the large quantities of seal furs and pelts,” remarked Eldred Woodford, president of the Canadian Sealers Association.

Now, looking at the opposition to the sport as well as the plummeting demand for it, what reasons does Canada have for continuing the sealing industry?

Some fishermen argue that seals consume cod at a dangerous rate and have thus caused the fish stocks to fall. On the other hand, this argument is not exactly bulletproof like many arguments surrounding the seal hunt. Scientists refute that cod are but a small portion of a seal’s diet and that the real source of blame for the dwindling cod populations lies in the fishermen themselves.

The Canadian government justifies the industry by citing its cultural and economic significance. “Historically it’s played an important role from generation to generation,” says Adam Burns, the acting director general of fisheries management at Fisheries and Oceans Canada. “It still does generate economic activity in coastal communities where it’s badly needed.” Woodford, the president of the Canadian Sealers Association, claims that sealing can account for as much as 40 percent of sealers’ annual income. After all, most sealers, who live in the economically troubled province of Newfoundland and Labrador, earn most of their living through fishing.

Cindy is senior at Henry M. Gunn High School and is incredibly honored to be a part of the Rising Star Magazine team. She enjoys belting out Disney songs, playing piano, watching Chinese dramas, and babysitting. Cindy serves as California DECA's VP of Silicon Valley and is also the singing teacher at FCSN and the President of HEARTS Nonprofit. She can be contacted at cindy@risingstarmagazine.com
Previous The Start of School
Next Music and Literature