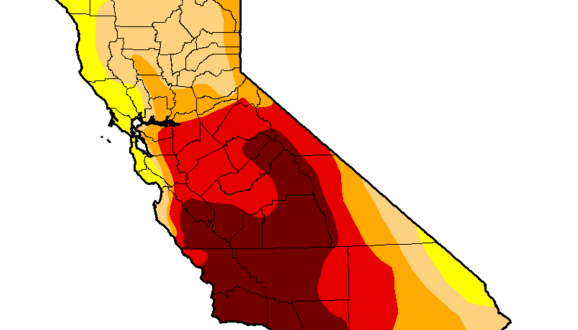 There are many factors influencing our environment. As the number of problems increases, so does the need for us to be aware of the issues affecting our environment. Many of us tend to not do much about these issues, and leave them for others to fix. However, we must take initiative to change the current state of the environment, as that is the only way for the rapidly rising rate of environmental problems to decrease.

Among these issues is the drought. Most people have already heard about the drought that has plagued California for over five years. Research shows that there has definitely been less rainfall in California than previous years. The visual from The National Drought Mitigation Center illustrates the intensity of the drought, with extreme drought represented in red. As evident, a significant portion of California is in an extreme drought state. 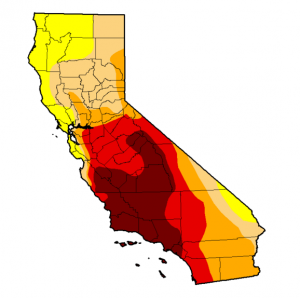 In order to improve the situation, there are many small steps that can be taken. For example, while the government is enforcing limits on water usage, citizens also need to be aware of their water consumption, whether through taking shorter showers, or turning off the faucet while brushing teeth. Of course, this won’t solve the problem of the drought, but if we all come together to make small changes for the environment, many underlying problems would improve greatly.

Cindy is senior at Henry M. Gunn High School and is incredibly honored to be a part of the Rising Star Magazine team. She enjoys belting out Disney songs, playing piano, watching Chinese dramas, and babysitting. Cindy serves as California DECA's VP of Silicon Valley and is also the singing teacher at FCSN and the President of HEARTS Nonprofit. She can be contacted at cindy@risingstarmagazine.com
Previous We Don’t Need to Drive Anymore
Next Should Teachers of the Same Subject Combine Tests or Separate Them?