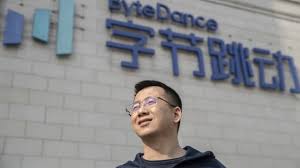 U.S. Officials have long worried that apps such as TikTok pose a national risk because of their ties to the Chinese government. ByteDance, a Chinese company, owns TikTok, which boasts about having more than 100 million users in the United States.

“The administration has very serious national security concerns over TikTok. We continue to evaluate future policy,” the White House said in a statement. Under the new proposal by ByteDance, an American company such as Microsoft would be responsible for protecting all of TikTok’s U.S. user data.

Some investors of ByteDance, including companies such as General Atlantic, have also proposed to transfer majority ownership of the company to them, and the proposals value TikTok at around $50 billion, though ByteDance believes it to be worth more.

Earlier this year, ByteDance was estimated to be worth around $140 billion, and most of its revenue comes from apps under its Chinese operations such as Douyin, the Chinese version for TikTok, news aggregator Jinri Toutiao, and various video-streaming apps.

Recently, The United States has been increasingly scrutinizing app developers over the user data that they handle, particularly data pertaining to military or intelligence personnel.

The issue with TikTok is another causing deteriorating relations between the United States and China, aside from trade, Hong Kong’s autonomy, and coronavirus.