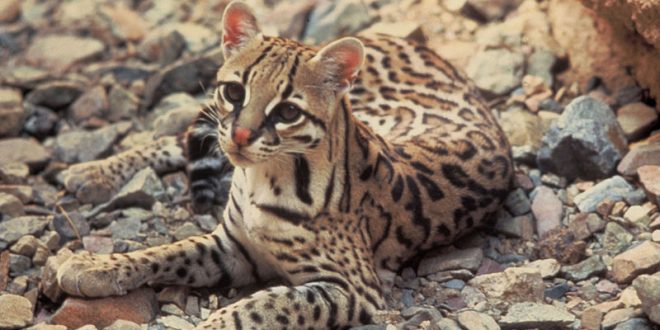 What if Trump ends up building the wall? Texas’ 1,200 miles of border with Mexico will be separated, ruining habitats and damaging the ecosystem.
Biologists are very concerned about the impact this will have on the high biodiversity near the Rio Grande river. One particular concern they have is the damage to Tamaulipan thornscrub, a once common but now rare ecosystem in South Texas. The many organisms that depend on the Tamaulipan thornscrub will disappear if the wall is built.
The wall would also hurt other species. For example, the endangered wildflower Zapata bladderpod and the whisker bush cactus are among many plants that will be harmed. As for animals, the small native wildcat (already endangered) ocelot and black bears could go extinct, and pollinators and seed-dispersing animals would no longer be able to cross the border.
Scientists also expressed concern because the wall has the potential to damage the valuable riparian forest ecosystem along the Rio Grande, cutting off organisms that need to get to the river and preventing people from accessing several wildlife refuges along the river used for ecotourism.

Cindy is senior at Henry M. Gunn High School and is incredibly honored to be a part of the Rising Star Magazine team. She enjoys belting out Disney songs, playing piano, watching Chinese dramas, and babysitting. Cindy serves as California DECA's VP of Silicon Valley and is also the singing teacher at FCSN and the President of HEARTS Nonprofit. She can be contacted at cindy@risingstarmagazine.com
Previous The Cats of Dr. Pottenger
Next Book Review: Outliers