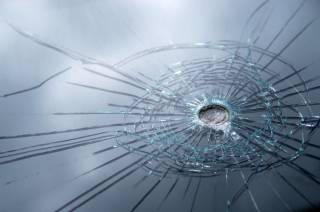 Glass is used very often in the modern world. Glass is created by heating materials, then letting it cool, but glass used in big buildings are different. Those have metal added to it. Even then, it isn’t THAT strong. But now, a team a Japanese researchers have found a way to add aluminum to the glass using a new method.

For a long time, researchers have wanted to use this version of aluminum. It has some of the strongest chemical bonds on Earth, and if used in glass it would be super strong. It proved to be very difficult, and in early versions the glass was no longer see-through.

But after much trial and error, they found a way to fuse the two. They developed a production method called aerodynamic levitation. The glass and alumina mixture is held in the air as it forms, during which oxygen gas is pumped between the mixture and the surfaces of its container. Then, a laser mixes it as it cools. The resulting material contains more alumina than any other glass to date, and the researchers found it to be transparent and reflective. Most importantly, tests showed that the glass was very hard—harder than other oxidized glasses and most metals, and almost as hard as steel.

The researchers hope that aerodynamic levitation could make it possible to produce all sorts of other super-strong glasses. But for now, they’re still figuring out how to scale up the glass’ production, since right now the process only works in relatively small batches. When and if that happens, super strong glass might make its way to buildings and gadgets, making cracked cell phone screens a thing of the past.