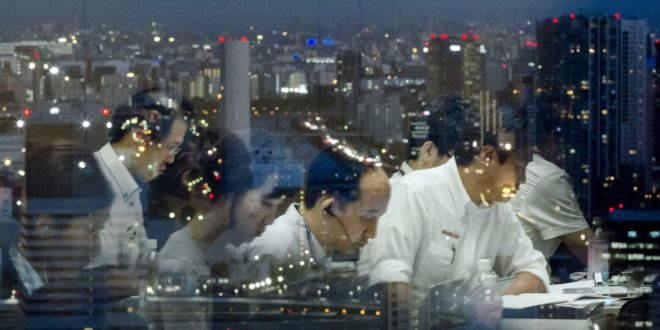 Breaking the Tradition of Overworking

Japanese workers are notorious for working long hours. During the 1960s and 1970s, Japan enjoyed a period of economic growth and prosperity which was often attributed to its culture of hard work. However, following the economic bubble in late 1980s, Japan’s economy has slowed down considerably in the following two decades despite the fact that its workers are still putting in long hours at work. Although Japanese workers continue to spend the most time at work, their productivity is the lowest among the G7 nations with GDP growth a mere 0.5% in 2016 and 0.6% in 2017. Evidently long hours at work can adversely impact workers’ physical and mental health and therefore reduce productivity.

On Christmas day 2015, the death of Matsuri Takahashi, a 24-year old employee of Dentsu, a major advertising firm in Japan, caught public attention as she committed suicide by leaping to her death from the top of the company building. It was discovered that she had worked more than 105 hours overtime in the month preceding her death. The company was found violating labor laws, and the incident led to the resignation of the company’s president. This incident of suicide due to overwork is far from uncommon in Japan. The problem of overwork has plagued Japanese society so deeply that the term “karoshi” literally means “death from overwork”. A study conducted by Japanese government found that in 2015 nearly a quarter of Japanese workers are putting more than 80 hours overtime per month, often without increased pay, and therefore are considered at risk for medical, psychological or emotional disorders associated with overwork. The report attributed 96 worker deaths due to medical illnesses and 93 suicide and suicide attempts due to mental problems associated with labor law violations. In addition, the report also indicated that 2,159 people killed themselves at least in part due to work related problems over the same period, which pointed to the fact that the problem was more widely spread than the official fatality numbers associated with labor laws violations, especially considering that in many cases overtime records were either inaccurate or falsified. The workplace situation is especially harsh for younger workers who recently entered the work environment because of the ingrained mentality that they cannot leave work before their seniors and generally need to stay at least 3 years. In the past, many workers were rewarded with jobs for life for their hard work; however, with decades of slow economic growth, many companies are no longer able to offer this security, increasing the pressure on workers to perform or else risk losing their job.

The problem with overworking continues following the election of “business friendly” Prime Minister Shinzo Abe in 2012. Under increasing public pressure, Minister Abe vowed to make “work-style reform” to address the issue of long working hours in 2016. He appointed a panel to overhaul Japan’s workplace environment and initiated campaigns such as Premium Fridays, which encourages Japanese workers to take more holidays and companies to let their employees out early on the last Friday of each month. Japanese workers are entitled to 20 holidays each year but 35% of workers are not taking any. These initiatives are facing challenges on many fronts. While some companies such as Toyota are embracing the changes by imposing strict overtime limit, there are still many who are not. Current Japan’s Labor Standards Law limits regular working hours to eight hours per day and 40 hours per week, allowing up to 80 hours of overtime per month. However, agreements between labor union and management in each company can circumvent this restriction. Furthermore, overtime is not always recorded in an attempt to avoid the law. Even companies that are trying to make the changes are facing resistance from their own workers. In some cases, companies are forced to turn off lights and make random calls to employees to encourage them to go home, yet employees are finding ways to stay at work by hiding in conference rooms and ignoring calls.

Japan is not the only country with overworking issue. There are other countries, such as China and South Korea, facing the same issue. Highly publicized suicide cases and public exposure of labor laws violation are pressuring governments to enact and enforce stricter labor laws, but many companies would also need to make changes in their practices to operate more efficiently with reduced work hours. Sadly, it seems that it will take many more years to break the decades-old culture of overworking.

References:
Wikipedia: Karoshi
Forbes: Japan is Literally Working Itself to Death, How Can it Stop?
USA Today: Japan struggles with ‘karoshi,’ or death by overwork, after deaths of 2 young women
BBC: The young Japanese working themselves to death
The Daily Beast: Japan Has a Word for ‘Working-to-Death’
USA Today: Japan looks to tackle ‘death by overwork’

Megan is a senior at The Harker School. She is interested in applied mathematics, computer algorithms, artificial intelligence, cognitive vision science, and economics. Outside of school, she is a tutor and mentor at the Boys and Girls Club of the Peninsula (BGCP), a regular volunteer at Second Harvest Food Bank (SHFB), classical pianist, and an avid figure skater. In her free time, she enjoys exploring hiking trails in the Bay Area and Lake Tahoe, reading science fiction books, WIRED and The New Yorker magazines.
Previous Ivory Begone!
Next Joining Too Many Clubs: Is It Worth It