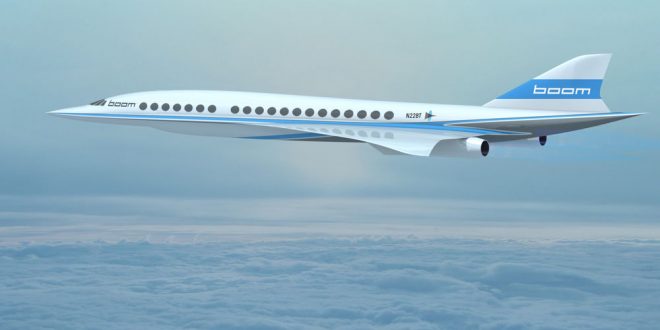 Everyone remembers the Concorde as the famous passenger airliner that could fly past the speed of sound, but it was discontinued for being loud, inefficient, and expensive. Since then, there have been no supersonic airliners. That may change soon, however.

A man named Sir Richard Branson is hoping to bring back supersonic transatlantic passenger flights and have them be affordable. Branson has partnered with Black Scholl, a pilot, to build a prototype of a new jet called the Boom. He has ambitiously stated that you would be able to fly from New York to London in only three and a half hours with a $5000 round trip price tag. It is a flight that would normally take seven hours, and $5000 is about the same for business class currently. Scholl says that his team wants to have a prototype done by the end of next year and start commercial flights in just a few years. Virgin Airlines also wants to buy 2 billion dollars worth of the jets.

The Boom will have 40 seats in two rows down either side of the aisle, so every passenger will have direct aisle access. The max speed that the plane can reach is Mach 2.2, which is more than twice the speed of sound. Scholl thinks that the plane could work on hundreds of different routes, but should focus on London to New York, San Francisco to Tokyo, and Los Angeles to Sydney. However, the FAA does not currently allow supersonic air travel over land.

Cheaper supersonic flight is now only possible because of advances in carbon fiber, which will also make the Boom far more fuel efficient than the Concorde. Scholl mentioned that he does need more funding before the Boom can happen, but it has already gained many investors and looks highly promising. He dreams of a world that allows people “to be able to get anywhere in the world in five hours for $100.” One step at a time.

Previous How Has the Internet Changed Our Lives?
Next Freed Chibok Girls United with Families