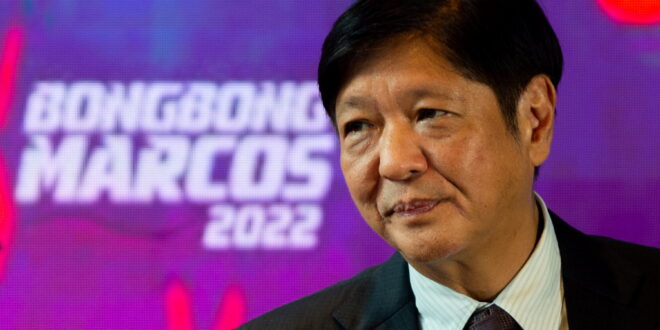 With more than 98% of vote counting complete, the 64-year-old senator and son of late dictator Ferdinand Marcos has seemingly already won by a landslide, with double the votes of his nearest rival.

An official result for the election is expected soon.

A victory by Bongbong Marcos would signal a remarkable return to power for the Marcos family, which fled into exile 36 years ago.

Bongbong Marcos’ father Ferdinand Marcos led the Philippines from 1965 to 1986, and imposed martial law over a presidency full of human rights abuses, corruption and poverty.

A mass uprising in 1986 saw millions of Filipinos take to the streets, ousting the Marcos family and a 28-year-old Bongbong, who fled the country for Hawaii.

The long-time politician, who had returned to the Philippines in 1991, seeks to paint his father’s presidency as a so-called “golden age” and the polls indicate that he popular among young people.

“Judge me not by my ancestors, but by my actions,” Marcos said in a statement via his spokesman on Tuesday. “It is [my] promise to be a president for all Filipinos,” he added.

Turnout on voting day in the Philippines was high relative to previous elections in the country, and elections have been largely ruled as fair. However, there are reports of broken machines at polling stations and videos allegedly showing vote buying.

Opinion polls put Marcos ahead of his nearest rival, Leni Robredo, by dozens of percentage points.

Ferdinand Marcos (Sr.), who died in 1989, and his wife Imelda stole an estimated $10 billion from the treasury of the Philippines, becoming infamous for public graft.

As the vote count showed the scale of Marcos’ lead, Robredo told supporters to continue fighting for truth and to dismantle the “structures of lies”.