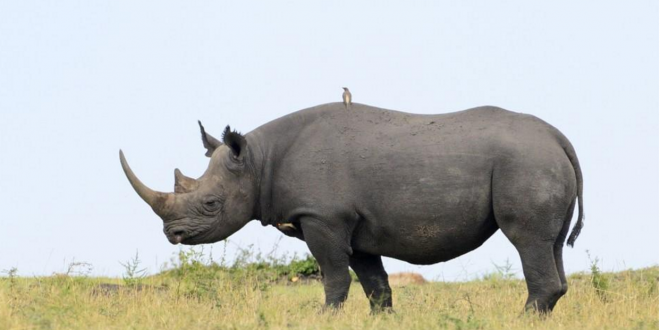 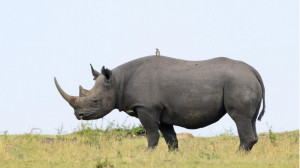 The rhino family has inhabited Africa for more than 60 million years, but their population numbers are ever dropping. Today, all five species of rhinos are getting dangerously close to extinction; there is an estimate of only 10,000 rhinos left worldwide. Conservationists have rushed to save the rhino, with four out of five of the species rebounding slightly from near extinction. However, one of these species, the black rhino, has not regained its numbers.

The black rhino is a dominant herbivore that can grow to be fourteen feet. It has two horns, one of which can reach up to twenty inches. They can be found primarily where there is thick bush and plenty of vegetation.

The overwhelming cause of their endangerment is not due to environmental factors but because of illegal poaching for their horns. Before, the horns were used as traditional medicine and were a symbol of peace. Later, they were carved into dagger handles which became symbols of wealth. Now, they are wanted just for the sheer price; the two horns of a black rhino can be worth $50,000. The poaching has gotten so bad that rhinos have had to be tranquilized and their horns sawed off to protect them.

Many think that rhinos have no real contribution to the ecosystem, considering the fact that they are herbivores. However, there are two major reasons rhinos are essential. Firstly, the rhinos create a diversity of plant life through their diet. Secondly, they leave optimal grazing spots for other animals; studies show that rhinos create 60-80% more food opportunities for smaller life such as gazelles and deer.

Hopefully, we don’t have to say goodbye to this precious species any time soon.

Cindy is senior at Henry M. Gunn High School and is incredibly honored to be a part of the Rising Star Magazine team. She enjoys belting out Disney songs, playing piano, watching Chinese dramas, and babysitting. Cindy serves as California DECA's VP of Silicon Valley and is also the singing teacher at FCSN and the President of HEARTS Nonprofit. She can be contacted at cindy@risingstarmagazine.com
Previous #NODAPL
Next Should School Start Early Or Late?