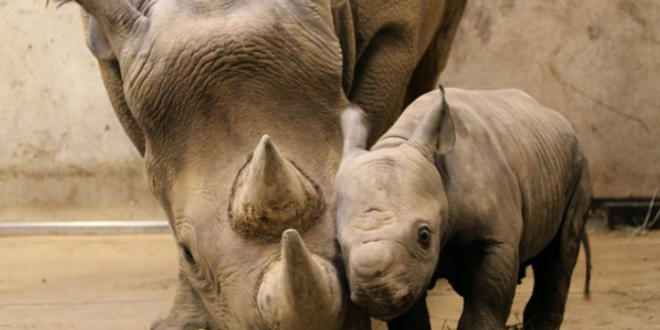 What is the problem?

From 1960 to 1995, the population of black rhinoceros has dropped 98%, thus labeling them as critically endangered animals. This is largely due to a dramatic increase of poachers who sell the rhinos’ horns on the black market for profit, which varies from $60,000 to $100,000 per kilogram. Illegal poaching of rhinos is a serious problem:  more than one thousand rhinos were poached each year from 2014 to 2016. This problem is most prominent in African countries where the governments experience political instability and poverty, leading to increased poaching. Although the black rhino population has increased from the all-time low of 2,500, they are still classified as endangered until the population no longer face the threat of extinction.

Why are they hunted in such large numbers?

Many people may believe that the increased poaching of rhinos was caused by a rumor from China that claims rhino horns have the ability to cure certain diseases. However, according to an article by the Atlantic, it was Vietnamese doctors that vouched for “[the] rhino horns’ cancer-curing properties” and drove the daily average of rhinos killed in South Africa from 83 in 2008 to 688 in 2012. The Vietnamese population had a high demand of radiotherapy treatments due to the low amount of radiotherapy machines available to the patients. Therefore, many people from the upper class decided to resort to using rhino horns as cure for cancer. Combined with an increased rate of cancer mortality rate, Vietnamese multi-millionaires choose to sacrifice the lives of endangered species for their selfish gains.

Furthermore, rhino horns are used for crafting certain items, such as daggers, that require a durable material. In the country of Yemen, rhino horns are still used as the main material for the handles of curved daggers called “jambiya”. These daggers are presented to Yemeni boys and represents “manhood and the devotion to the Muslim religion”. Although the import of rhino horns had been banned in 1982, Yemeni men continues to covet the precious material.

What are countries doing to help?

To help save the endangered species of black rhinos, the British government have announced on May 28th to send troops to Malawi to fight illegal poaching. The troops will work with local park rangers to pass on the skill of tracking the endangered animals. In the past, British troops have aided local forces in apprehending poachers that illegally hunted for ivory. In addition, the Britain’s Prime Minister Theresa May have announced to introduce a ban on ivory sales to further combat poaching.

Besides Britain, the World Wildlife Fund, also known as the WWF, is working with government agencies in various African countries to enforce laws that combats illegal poaching. The WWF also helps to stop poaching in high-risk areas of Kenya by providing training to rangers on how to catch poachers in their area.

With more than 23,000 plant and animal species that are threatened with extinction and almost 1,500 species that are endangered worldwide, it is important to understand the impact of endangerment and extinction on a global level. A species’ extinction will lead to disruptions in the food chain and threats to the population of similar species. All in all, illegal poaching needs to be stopped in order to restore balance in the Earth’s ecosystems.