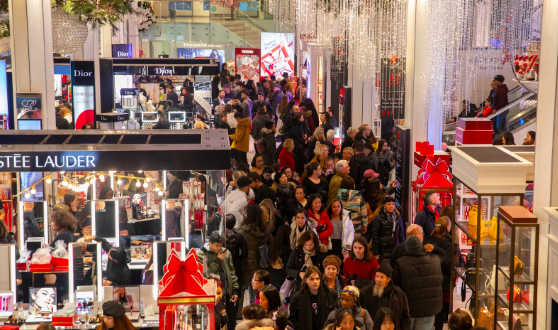 Environmental protesters across Europe prepared to fight against the post-Thanksgiving shopping spree frenzy taking place on Friday. While the majority of people were looking for great bargains on clothing and electronics, many Germans and Italians were set to carry signs throughout the streets of Europe in protest of Black Friday, a tradition of deep discounts on the Friday after Thanksgiving to encourage holiday shopping.

Black Friday has routinely been the busiest shopping day of the year in the US since 2005, and the tradition spread quickly abroad. While savvy shoppers were worried about long lines at stores and a shortage of desired products, climate activists worried about the adverse environmental impact of Black Friday shopping. Deep discounts on Black Friday increase associated traffic congestion and emissions, but also not only encourages consumers to buy a large volume of unnecessary products.

Amid rising concerns about the effect of overconsumption on the climate, activists say that these shopping related traditions foster excessive consumerism. In France, the climate group, Amis de la Terre (“Friends of the Earth”), blocked an Amazon warehouse. Other activist groups called for the boycott of Black Friday. Ultimately,  these activists want lawmakers and the Parliament to take action by signing a bill to limit the amount of sales that create excessive consumerism. They believe that political action will be the best precautions to decrease consumption related climate effects.

Previous Holiday Shopping Tips
Next Benefits of a School Production