Home / Lifestyle / Bitcoin: The New Currency of the 21st Century? 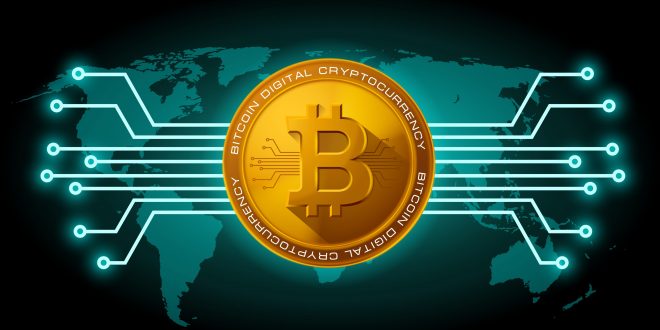 Bitcoin: The New Currency of the 21st Century?

Since its inception in January 2009, Bitcoin has become known as the world’s first truly decentralized digital currency or cryptocurrency. While the underlying cryptocurrency technology has proven to be working so far, there are many other factors to consider before establishing bitcoin as a new currency.

Is Bitcoin secure? Over the past nine years, the Bitcoin core source code has undergone several revisions and the network has generally proven to be quite resilient against external attacks, though there are still some doubts on its scalability as the blockchain ledger continues expanding and causing transactions to slow down. Security of bitcoin ownership mostly depends on the uniqueness of the keys and keeping the private key in the bitcoin wallet private. The bitcoin wallet pair of keys is generated by picking a random private key and computing a bitcoin address which can be publicly stored in the blockchain ledger. The reverse computation is deemed to be mathematically impossible so that the private key can remain private. The number of possible valid keys is huge such that the possibility of others generating identical credentials is extremely unlikely. Losing the private key would result in the inability to make bitcoin transactions and render the owned bitcoins unusable from the pool of bitcoins in circulation. Software bitcoin wallets running on user hardware are available to store the bitcoin wallet and connect to the bitcoin network to facilitate transactions. A full client software wallet can verify transactions on a local copy of the full or subset of blockchain ledger, but it needs to run in a platform with enough storage and computing power and therefore may not run on smaller devices such as smartphones. A lightweight client software wallet is available on smaller devices that relies on a server in the bitcoin network to do the verification and therefore must trust the server to provide the correct information. Hardware bitcoin wallet devices are also available and can keep the credentials offline while facilitating transaction. Other physical forms of bitcoin wallet are also possible such as a QR code print out of the keys. There are also online services that can store bitcoin wallets but this obviously requires users to trust these services and their ability to prevent security breach.

Is bitcoin legal? In some countries, bitcoin is illegal, but in most countries it can be legally traded, although bitcoin miners and exchanges are typically subject to various degrees of regulations and its use as a currency to purchase goods depends on changing regulations that are often unclear. The potential anonymity that is inherent in the bitcoin blockchain ledger makes it susceptible to money laundering and purchase of illegal goods, prompting many countries to actively crack down on bitcoin exchanges for harboring anonymous users and violating the laws that govern exchanges. In the United States, bitcoin has been legal to own and to use for purchase of legal goods or services since 2013. Bitcoin exchanges are subject to laws that govern such activities. For taxation purposes, the IRS treats bitcoin as property similar to stocks and bonds. As of February 2015, there are more than 100,000 merchants who accept bitcoins as payment, including major corporations such as Microsoft, Nvidia, Dell, Paypal, etc. Most merchants use bitcoin payment service providers such as BitPay or Coinbase that accept bitcoin payment on behalf of merchants and convert them to standard currency before sending to the merchants. However, the number of merchants accepting bitcoin is still relatively small and the risk of bitcoin price fluctuations and transaction fees often lead to customers using bitcoins and paying significantly more compared to other payment methods.

Bitcoin is not the only form of cryptocurrency available. There are many other cryptocurrencies such as Ethereum and Ripple. In general, they are less popular than Bitcoin but all are designed with similar underlying technology and artificial scarcity. In any case, the artificial scarcity of supply favors early adopters as cryptocurrency price increases with increasing popularity and therefore encouraging the creation of new cryptocurrencies, attracting miners and speculators. Many including ex-Fed Chairman Alan Greenspan and economist John Quiggin have labeled bitcoin as a speculative bubble and have compared it to tulip mania of seventeenth-century Holland. On March 14, 2014, Berkshire Hathaway’s chief Warren Buffett advised, “Stay away from it. It’s a mirage, basically.” And yet the popularity of bitcoin keeps rising and cryptocurrencies continue to proliferate. It remains to be seen how long the cryptocurrency bubble will last.

Megan is a senior at The Harker School. She is interested in applied mathematics, computer algorithms, artificial intelligence, cognitive vision science, and economics. Outside of school, she is a tutor and mentor at the Boys and Girls Club of the Peninsula (BGCP), a regular volunteer at Second Harvest Food Bank (SHFB), classical pianist, and an avid figure skater. In her free time, she enjoys exploring hiking trails in the Bay Area and Lake Tahoe, reading science fiction books, WIRED and The New Yorker magazines.
Previous Hazy Lives
Next Comparing Countries: After School Tutoring in South Korea