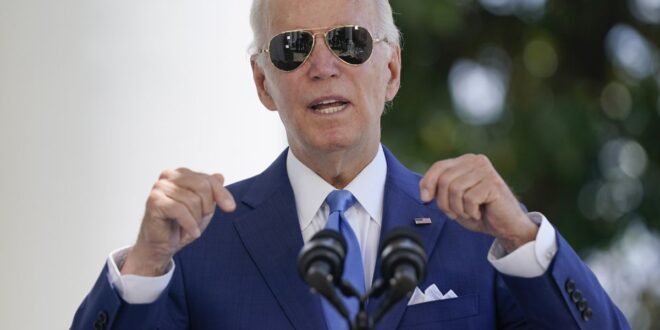 On Saturday, President Joe Biden once again tested positive for Covid-19 after consecutive days of testing negative for the virus, according to his Physician.

Biden, 79, is reportedly experiences no new symptoms and is continuing to feel well, according to Dr. Kevin O’Connor in a memo that was shared by the White House.

Biden will nevertheless “reinitiate strict isolation procedures,” according to the presidential physician.

Biden, who is fully vaccinated and has two booster shots of the Pfizer-BioNTech vaccine on record, tweeted Saturday afternoon that he was asymptomatic but would isolate for concerns of the safety of those around him.

O’Connor had previously mentioned the possibility of a rebound in positive test results, a phenomenon among a small percentage of patients who had used the antiviral medication Paxlovid as part of their treatment against Covid-19, as Biden did.

Biden has since “increased his testing cadence, both to protect people around him and to assure early detection of any return of viral replication,” O’Connor wrote in the latest memo, which was published by the White House on Saturday afternoon.

The president had tested negative for the virus on Tuesday, Wednesday, Thursday and Friday, but tested positive on Saturday morning from an antigen test. This event was noted by the Doctor as one of the fairly rare cases of a rebound positive test.

Biden’s age puts him at an increased risk of developing more severe symptoms due to the virus, with people over age 65 in the U.S. accounting for more than 80% of deaths, of which there are around 1 million total, according to the CDC.

The president had first tested positive for Covid on July 21, reporting mild symptoms including a runny nose, fatigue, and dry cough. Biden began working in isolation but returned to the Oval Office after five days after testing negative twice within 24 hours.

Previous Why you should think twice before throwing away trash.
Next Overpopulation at its current state.