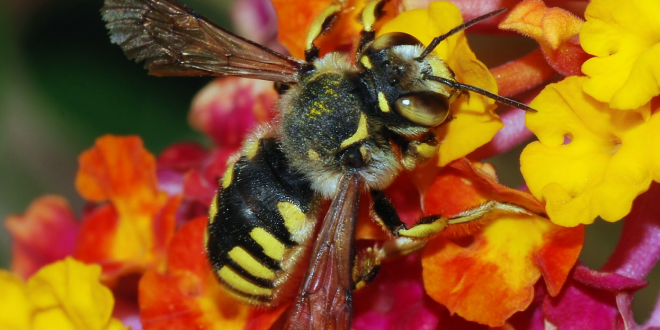 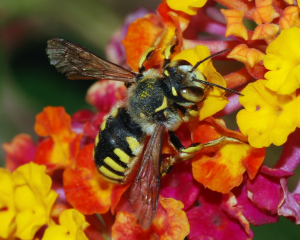 Bees, an extremely integral part of our ecosystem and economy, are going extinct. Economically speaking, the annual value of crops pollinated by bees is estimated to be worth $170 billion. Furthermore, bees support entire ecosystems by providing food for birds and small mammals.

The ancient Egyptians recognized the convenience of bees. They used honey as antiseptic and buried their pharaohs with it to sweeten the afterlife. It’s no surprise that even early cave painters from 20,000 years ago took advantage of bees. After all, bees are nature’s messengers, transferring pollen and cross-fertilizing crops. Without them, we wouldn’t have the plentiful harvest of corn, squash, apples, almonds, sunflower products, cocoa, and coffee, to name a few. In fact, a third of our diet is the result of pollination. Even our livestock depend on bees for food. However, crops aren’t the only thing pollinated by bees. Many species of wildflowers rely on pollination to survive. Cotton is reliant on pollination as well.

So if bees are one of the most critical keystone species, why are they going extinct? A plethora of reasons are causing the steady decline of bee populations- all the result of human actions. Back in 2007, the disease colony collapse disorder wiped out a third of the U.S.’s honeybee colonies. “A combination of parasites, viruses, poor nutrition, and pesticides are thought to be behind the widespread death of honeybees in the US, where 40% of colonies are still dying each year” (theguardian.com).

However, the fate of wild bees like bumblebees and solitary bees is more uncertain. Honeybees are usually domesticated for their honey, and therefore under the protection of beekeepers. Wild bees, however, are dying at a faster rate due to habitat loss. Farming and urbanization is the cause. In the U.K., 97% of wildflower meadows have disappeared, resulting in the extinction of two bumblebee species and the endangerment of 16 out of 24 remaining species. “Globally, a quarter of the world’s 250 bumblebee species are thought to be facing some degree of extinction risk, according to the IUCN” (theguardian.com).

Farming, urbanization, and the use of pesticides are contributing to declining bee populations. To combat this issue, the White House developed a strategy in May 2015. It involves expanding wildflower and milkweed acreage by seven million acres. Schools are encouraged to plant pollinator gardens. Federal agencies will include pollinator habitats in government property management and also encourage state highways to plant more wildflowers. In addition, more funding will be given to pollinator research. This strategy, created by the Pollinator Health Task Force, will focus on the central U.S. However, the use of pesticides, according to environmentalists, is not addressed by the White House’s strategy. Budget cuts will also decrease the amount of protected land for agriculture.

Therefore, the public must take on responsibility as well. By banning pesticides from your own garden and planting more flowering plants, you can create a safe environment for bees. Many people are afraid of bees because of their stingers, but bees are not aggressive animals. Bees are essential for the survival of many ecosystems. Their decline in numbers and possible extinction would be disastrous to the environment, and by default, to us. Like John Muir says, “when one tugs at a single thing in nature, he finds it attached to the rest of the world.”