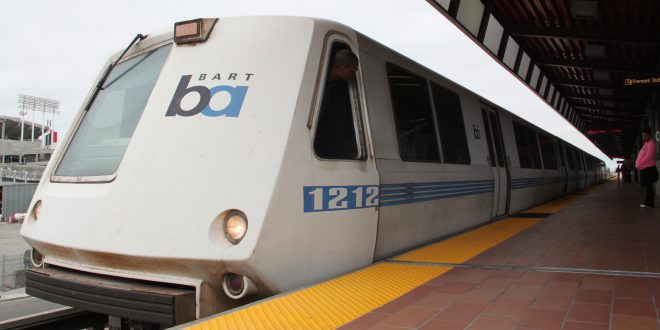 BART is the main transportation to cities in the San Francisco Bay Area. On March 25, 2017, the BART Warm Springs station, located near the south part of Fremont officially opened for use.

The Warm Springs station is the second BART station located in Fremont. This is expected to ship 6,000 to 7,000 passengers a day and is equipped with 2,082 parking spaces, including 42 solar powered car parking spaces.

The Warm Springs station is the first BART station from East Bay Fremont to the South Bay Silicon Valley line, which had been planned to start in 1992. But the project had been stagnant for more than 10 years due to financial and legal issues until construction finally began in 2009. Due to a system upgrade, the opening was pushed back from the original 2014, to fall 2015, to early 2016, to fall 2016, to late fall 2016, to winter 2017, and finally to spring 2017. However, despite this delay, the construction cost was $100 million less than the original plan.

There are two more stations in the South Bay that are still under construction: one in Milpitas and one in Berryessa, which are expected to be opened at the end of this year.

The opening of the BART Warm Spring station provides a stable and environmentally friendly way of transport for residents of South Fremont and offers many different opportunities for the local population. In the future, more than 4,000 houses, a primary school, and a park will be built. More than 20,000 jobs are likely to be added to the community. The local community life is also now more convenient. It also means that residents of the Bay Area can take public transportation to and from San Francisco, Oakland, and Silicon Valley.