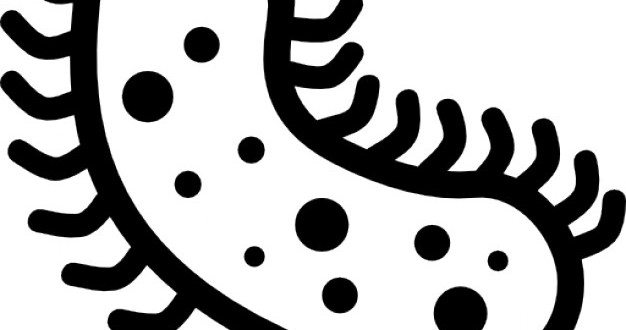 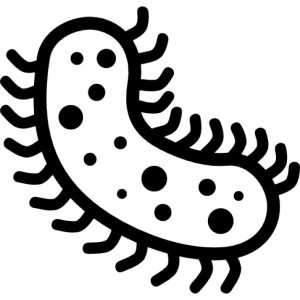 Bacteria are very interesting creatures.  A lot of people think of them and think “Oh, bacteria are deadly.  They’re responsible for a lot of diseases that we get.”  That may be true, but they’re double edged swords.  They’re everywhere, from inside our food, inside the wood in our tables, inside us; they’re deadly, but still we can’t survive without them.

Inside us are many microcolonies of bacteria helping us survive.  Take the bacteria inside your intestines, for example.  It’s the largest amount of microorganisms that are mutual to humans.  They play a vital role in digesting our food, as they help glean energy from carbohydrates, synthesize Vitamin K and Vitamin B, absorb short-chain fatty acids when they are released when fermenting dietary fiber, and metabolize sterols, of which a common example is cholesterol, xenobiotics, which are chemical substances that are not expected to be in the organism, and bile acids.  A very well known member of this microcolony inside your intestines is Escherichia Coli.  E. Coli is made up of a majority of harmless strains that reside inside warm-blooded animals’ lower intestines and help produce Vitamin K and also, while reproducing inside your intestine, prevent harmful bacteria from being able to live and reproduce there.  However, some variations of E. Coli also lead to food poisoning.  E. Coli is also just one group of the some 10 trillion bacteria living inside your intestines.  There are a lot of things that we do, however, that affect the growth of helpful bacteria inside us.  Fluoride, when ingested, can kill bacteria easily and affect the overall population of the bacteria living inside, making way for other harmful bacteria to take up place and reproduce.  Another factor is diet.  How you eat could affect how they break down carbohydrates, metabolize, produce vitamins, etc.  Also, certain conditions could lead to certain variations of bacteria and could change helpful bacteria to harmful.

Now you think “Oh, if bacteria is so helpful, then why does everyone think they’re harmful?”  Well, for one, harmful bacteria is publicized a lot more than helpful bacteria because negative byproducts affect us a lot more than positive ones.  Being fearful of disease makes us want to know about harmful diseases just to know about them when they actually hit.  Fear is also a very dominant emotion for a lot of organisms, including humans.  Also, they constantly mutate to avoid being killed off by our immune system, which is interesting from a scientific viewpoint.  The truth is, probably less than 5% of bacteria actually affects organisms.  Most bacteria are just sitting around and are harmless.

Bacteria is everywhere.  There’s no escaping it.  What you can escape, though, is misconceptions about bacteria.  They’re commonly just known as harmful organisms, deadly to humans.  This isn’t the case though.  99% of bacteria just sit around, being harmless, and within that small fraction of all bacteria, a lot of it actually helps you by preventing growth of pathogenic bacteria and even helping your body to survive.  There’s more than just diseases like tuberculosis and tetanus; there’s bacteria that produce vitamins for your body, metabolize carbohydrates for you, and even protect against other harmful bacteria.  They’re truly double-edged swords to organisms like us, the killers and helpers of humans.

Cindy is senior at Henry M. Gunn High School and is incredibly honored to be a part of the Rising Star Magazine team. She enjoys belting out Disney songs, playing piano, watching Chinese dramas, and babysitting. Cindy serves as California DECA's VP of Silicon Valley and is also the singing teacher at FCSN and the President of HEARTS Nonprofit. She can be contacted at cindy@risingstarmagazine.com
Previous Food For Thought: Five Ways to Talk About Food
Next Common Core, A New Standard