Home / Global Environment / Back to the Future: The Movement to Sustain Our Planet 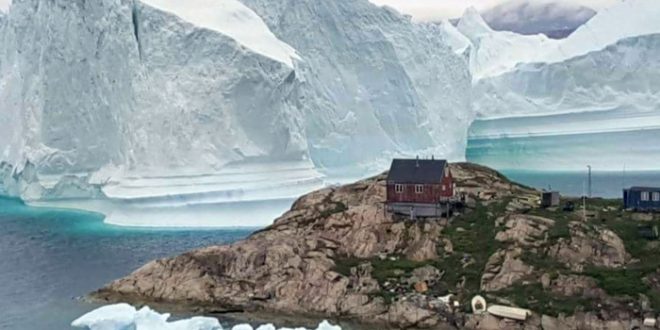 Back to the Future: The Movement to Sustain Our Planet

We simply cannot afford to ignore the facts.  Ocean levels are rising as sea ice melts. Droughts are triggering massive fires, warm oceans are prompting record breaking storms, and there are real life consequences.  This is not theoretical anymore. It is estimated that 400,000 people are killed by Climate Change every year.1  Best case scenario, we limit the average increase in global temperature to just 1.5 or 2 degrees Celsius, avoiding the worst impacts of Global Climate Change.  In order to do that, we need to eliminate 80% of all fossil fuel emissions by 2030, and 100% by 2050. But a United Nations report warns that “If we do not change course by 2020, we risk missing the point where we can avoid runaway climate change.”

However, the current administration has managed to convince plenty of intelligent people that Climate Change does not exist.  And I get it. I have found myself looking for the loophole too, wondering from time to time that Climate Change isn’t real because because denying it means peace of mind.  It is so much easier to pretend everyone is kidding themselves than to face the awful, terrible, unavoidable truth. But we must. You may not believe in climate change, but the negative effects of pollution are non negotiable.   We humans dump billions of tons of plastic into our oceans and the effects are coming full circle, as we eat fish and ingest microplastics. There is no way to explain away the toxic chemicals we pollute our waters with, and there is no excuse for killing off thousands of endangered species every year.  Even if you take the looming urgency of global warming out of the picture, there is no way around the simple fact that we are pretty efficient at destroying the planet and our food supply.

But chances are, if you are reading an article in the “Global Environment Archive” of a Silicon Valley youth magazine, you believe in climate change.  You probably have acquaintances who don’t though, and you probably have doubts about your own ability to help. But unfortunately, in order to do that, we have to get through to our government.

The Trump Administration has tackled Climate Change by going through various stages of denial.  You might recall their original position: rejecting all scientific evidence and blaming it all on a “Chinese Hoax”; but now the Trump Administration has diverted towards a much more troubling policy: giving up.  On September 28th, they issued a statement predicting a 7o rise in global temperatures by 2100 despite Climate experts foretelling death and destruction after an increase of just 2o .  “The amazing thing they’re saying is human activities are going to lead to this rise of carbon dioxide that is disastrous for the environment and society. And then they’re saying they’re not going to do anything about it,” sighed Michael MacCracken, a former senior scientist at the U.S. Global Change Research Program to a Washington Post reporter.  The Administration’s analysis goes on to state that drastic cuts in carbon emissions will be necessary to avoid the worst of the consequences. These cuts “would require the economy and the vehicle fleet to move away from the use of fossil fuels, which is not currently technologically feasible or economically feasible.” But here is the catch: they are wrong.  Mark Jacobson, a professor of Civil and Environmental Engineering at Stanford University argues that “We have the technology, and the costs are reasonable enough that we can power the entire world for all purposes with clean, renewable, energy, and have stable electricity, create jobs, and stabilise energy prices.” However, “the main barriers are social and political”.

And yet, despite facing such crushing adversity, the people have not lost hope.  In fact, such setbacks have merely made them more determined. Currently, 21 kids are taking the federal government to the Supreme Court over the damages they have done by failing to address Climate Change.  Side-note, this all started during the Obama Administration.  (If Obama– the most environmentally proactive and climate aware president our country has yet seen- wasn’t doing enough, then Houston, we really have a problem now. Nevertheless, the government is genuinely worried worried about the trial, but despite the administration’s attempts to halt the case, the Juliana v.s. U.S. lawsuit has worked its way up to the Supreme Court, speaking volumes about the movement and its progress

Speaking of kids, 9 year old Milo Cress started the global conversation about straw waste in restaurants by producing one of the first statistics about straw waste back in 2011.  His 4th grade campaign: Be Straw Free opened up a global conversation about a topic that never even crossed the minds of most of us. Milo changed the policies of countless companies- including Starbucks- before he was 17!

24 year old Taylor Wilson invented a new machine that produces nuclear energy with a tiny fraction of the toxic waste.  He was the youngest person ever to obtain nuclear fusion and is now researching a way to make nuclear fusion the clean power source of the future.

Instead of telling your children to be doctors or lawyers, remind them that there is a great deal of money in the clean energy business.  But you don’t have to be a child genius to make positive change. Elon Musk has made leaps and bounds in the electric car industry, and his Tesla Home Battery is revolutionary in the science of storing clean energy. Speaking of which, his patents are open and on the internet so if you think you can make his work better, he challenges you to do so.

These grassroots efforts to save the world are working, but they need as much help as they can get.  As Secretary General, António Guterres wisely stated at the recent UN Conference: “There is no more time to waste… Every day we fail to act is a day that we step a little closer to a fate that none of us wants… The world is counting on all of us to rise to the challenge before it is too late.”  Our fate is truly in our hands. So get out today! Research what organisations in your area are doing, and if you do not agree with their methods, start your own movement! It will be hard, but we have to fight and if we don’t start soon, it is going to be too late.

1 This statistic was projected by DARA International, an independent organisation commissioned by twenty governments to study the effects of climate change.  In this 2012 report, DARA sourced climate change as the cause of 400,000 deaths each year, predicting that the number would rise to 600,000 per year by the year 2030.

Previous Pseudoscience and Your Health
Next Tangible vs Intangible