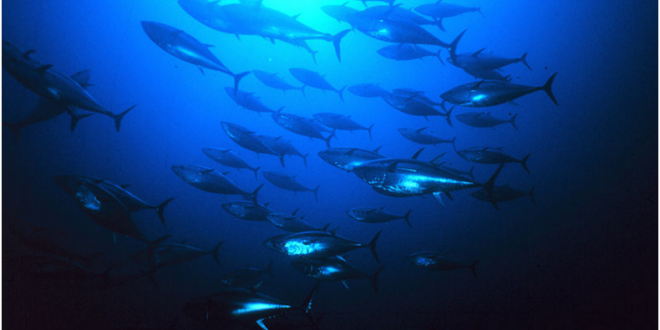 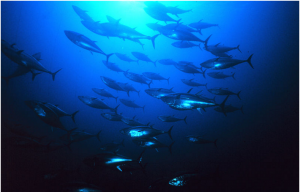 Turtles, rhinos, tigers, leopards, penguins—these are probably the first few animals people think of when asked about endangered animals. Cute, adorable animals that look good on television. However, nobody thinks about endangered fish species, especially if the most endangered one is extremely popular in an extremely famous Asian dish—sushi. This fish species is the Atlantic bluefin tuna and it is, in fact, as endangered as the black rhino. Fisheries are supposedly protected by fishing regulations made by the European Union; however, about 85% of all fisheries are being overfished. In the case of the Atlantic bluefin tuna, the yearly catch restriction is much larger than what scientists deemed necessary for the tuna’s recovery. It’s not even enough to keep its population stable.

However, even with the regulations, most fisheries do not follow them because nobody is there to enforce the amount of fishing the fishing industry does. No marine officers, no trackers, nothing. For the unfortunate Atlantic bluefin tuna, about one third of the population is being fished—three times more than what the European Union voted for. Overfishing has become so out of control that scientists estimate by 2048, which is in our lifetime, all fisheries will collapse.

Besides having unregulated fisheries, there is another rising problem. Fishing technology and fishing fleets are too big and wasteful. The largest net can fit thirteen Boeing 747 airplanes and the total length of fishing lines used per year can wrap around the earth 500 times. When fishing with these large nets and long fishing lines, other unwanted and unappetizing species of fish are also caught up in the net, killing them and destroying their population as well. These fish are then uncaringly thrown overboard, contributing to pollution.

Cute, adorable, furry animals are often the ones people focus on the most. Yet, it is the fish populations which should be watched. Overfishing and wasteful fishing techniques are destroying the populations to the point that scientists estimate fisheries will collapse in 32 years. So, the next time you go to the supermarket to buy fish, make sure it is sustainably caught and not endangered.

Cindy is senior at Henry M. Gunn High School and is incredibly honored to be a part of the Rising Star Magazine team. She enjoys belting out Disney songs, playing piano, watching Chinese dramas, and babysitting. Cindy serves as California DECA's VP of Silicon Valley and is also the singing teacher at FCSN and the President of HEARTS Nonprofit. She can be contacted at cindy@risingstarmagazine.com
Previous Henry Judah Heimlich
Next Health Care in the United States