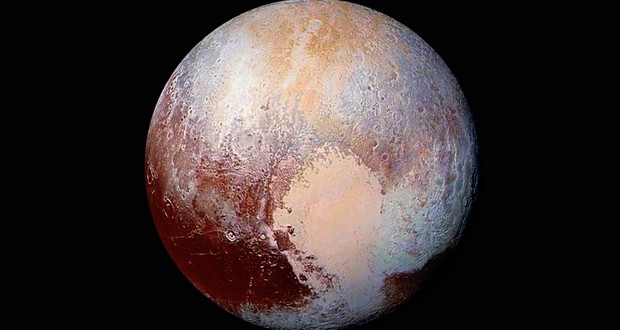 As a lot of people may know, NASA’s spacecraft New Horizons has recently reached pluto after more than 9 years. This gives us some of the first HD photos of Pluto, as it has been too far away to properly examine until now. We have discovered that Pluto has giant nitrogen glaciers, icy mountains, and craters. Looking at pictures of Pluto, we have also discovered that Pluto has a giant icy patch that looks like a heart, which we have named the Heart of Pluto. When Pluto is closer to the sun during its orbit, however, the ice on pluto melts a little bit and creates a very thin atmosphere containing nitrogen, methane, and carbon monoxide.