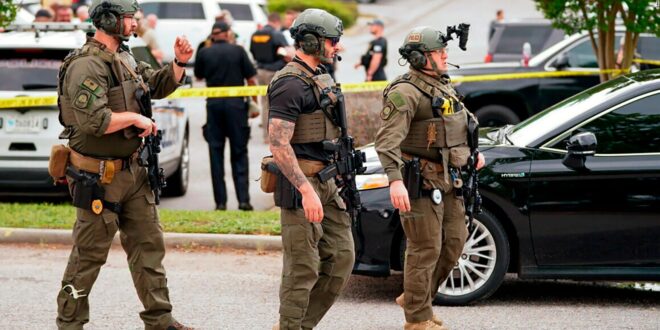 A 22-year-old man has been arrested for suspected connections with a shooting that occurred at a South Carolina mall in which nine people were shot and five were injured in a stampede that ensued.

The man was one of three suspects that were detained immediately following the shooting, which happened at the outskirts of South Carolina’s capital Columbia. The man will be charged with unlawfully carrying a pistol.

William Holbrook, chief of police for Columbia, said other charges against the man, who was identified as Jewayne Price, could follow. The other two suspects that were detained on the day of the shooting were released.

Police are now seeking two other suspects that had been seen carrying guns inside the mall, and were examining security video footage in order to determine the amount of firearms involved in the shooting.

Victims wounded in the shooting ranged from 15 to 73 years of age, with nine suffering gunshot wounds and the rest being injured when attempting to flee the violence. Holbrook said that as of Saturday night, most of the victims had been treated and released from hospital care, the exception being the 73-year-old woman who was still receiving care.

Police had initially reported that two victims were in critical condition.

Police suspect the shooting originated from a dispute between two people who knew each other.

“We do not believe this was random. We believe that the individuals that were armed knew each other. There was some type of conflict that had occurred that resulted in gunfire. This was not a situation where we had some random person show up at a mall to just try and fire to injure people” Holbrook said.

Officers had searched the mall following the shooting to notify people who hid inside that it was safe to emerge. Those separated from their loved ones were brought to a nearby reunification center that had been set up at a hotel down the street from the mall.

Previous Benefit from Brushing Your Teeth
Next The Metaverse