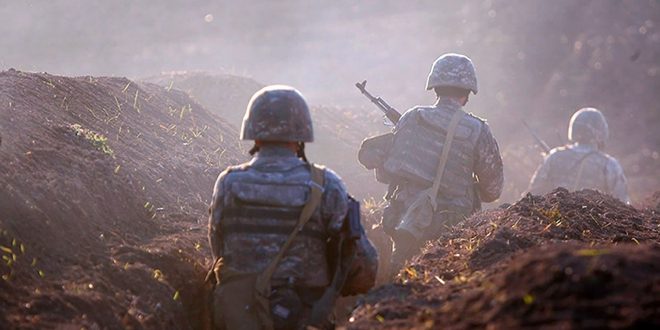 At least 23 people were killed on Sunday when fighting re-erupted between the two former-Soviet republics of Armenia and Azerbaijan over the Nagorno-Karabakh, largely forested and mountainous region in the Caucasus Range.

The region is internationally recognized as part of the country of Azerbaijan, but is controlled by ethnic Armenians. Shortly after the fall of the Soviet Union, in the early 1990s, tens of thousands died in fighting over the region between the two countries.

Azerbaijani President Ilham Aliyev has said Sunday that he was confident of regaining control over the region. Martial law has been declared amid clashes in many parts of Azerbaijan and Armenia, as well as in Nagorno-Karabakh.

Border clashes in July of this year killed at least 16 people and prompted large demonstrations in the capital city Baku of Azerbaijan, amidst calls for the region’s recapture.

The South Caucasus is an important region for pipelines carrying oil and natural gas from the Caspian Sea to world markets, and severe fighting between the two countries could significantly impact markets.

Turkish President Erdogan has pledged support for Azerbaijan, as Azerbaijanis are a predominantly Turkic people with close ties to Turkey. Russia, a traditional ally of Armenia, has called for an immediate ceasefire and talks to stabilise the situation.

The border ‘invasion’ has also turned into an information war, with both Armenian and Azerbaijani forces claiming to have won victories. Azerbaijani authorities have also restricted internet use inside of the country, particularly access to social media. Armenian separatist forces have said reported that 18 people have been killed, and over a 100 wounded. Both sides have been using heavy weaponry, aircraft and tanks.

After initial denials by the Armenian military, Nagorno-Karabakh’s separatist leader has confirmed that many positions have been lost to Azerbaijani forces.