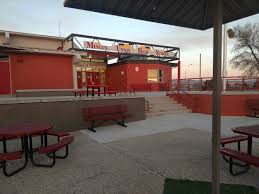 According to the American Civil Liberties Union, Mingus Union High School in Arizona violated students’ privacy rights by humiliating them in front of their peers by forcing them to wear a “scarlet badge” if their grades are not up to par. Every student has an ID badge, red for freshman and sophomores and gray for juniors and seniors. However, recently, juniors and seniors who are failing a course have been forced to wear red IDs. By doing this, the school is exposing academic information that is meant to be private and violating federal laws. The school argues that the color codes are important because upperclassman have more privileges than underclassman and if a student is not technically an upperclassman due to insufficient class credits, they should not have access to these privileges. But the ACLU is saying that even the upperclassman who have failed a class but are still on track to graduate are still being forced to wear red badges. On Friday, the ACLU Arizona spokeswoman released a statement saying, “The school knows what it’s inflicting on its students and the fact that they don’t care is quite alarming.” The principal of the high school responded saying the colors are only reflecting students’ class credits and that, “The assertion by the ACLU that we don’t care about our students is heartbreaking.” The ACLU wants to avoid getting into a legal dispute with the school and hopes to continue talks about the controversial “scarlet badges”. The school seems to be open to further discussion and the principle states that they only have the “very best intentions at heart and have no problem reviewing [their] practices”.

Previous My Summer Music Camp
Next George H.W. Bush: A Life of Service