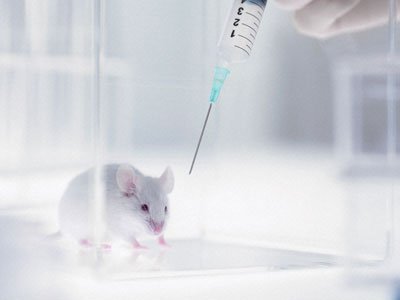 The Argument for Animal Testing

When it comes to the topic of animal rights, most of us will readily agree that animals should not have to undergo unnecessary pain and suffering. Where this argument usually ends, however, is on the question of what unnecessary pain and suffering is. Whereas some are convinced that animals deserve rights similar to what humans have and that animal testing should be illegal, others maintain that animals should not be afforded rights similar to humans and that animal research should be conducted for the good of mankind. The facts are clear, animal research is essential to the development of lifesaving drugs and cutting edge medical innovation and should be pursued over the idea of animal rights.

For hundreds of years, animal research has been an integral part of the development of some of the most ubiquitous drugs and procedures used today. Penicillin, which is estimated to have saved over 200 million lives, was only able to mass produced due to Oxford researchers conducting animal research on mice (“Alexander Fleming”). Now, with the development of antibacterial resistance, humanity needs to develop new, more effective, antibiotics with the assistance of animal tests. 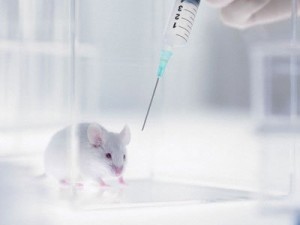 Now some animal rights activists argue that animal testing is not effective, and that alternative testing methods that do not use animals are just as or even more effective as animal testing. That assertion is blatantly wrong. According to the American Psychological Association, these “viable” alternative testing methods are just not as effective as animal testing in the fields of genetics, epigenetics, immunology, pharmacology, physiology, development, and evolutionary studies. The American Psychological Association, which is composed of more than 122,500 researchers, educators, clinicians and consultants, released a report that stated the ending of animal research would compromise the “safety and efficacy of new medicines” and that researchers would “lose essential avenues for discovery” (Bennett, Allyson). Do animal rights activists really want to argue that the lives of some orangutans, dogs, cats, and rats are worth more than the millions of people around the world suffering and dying from debilitating diseases that could be cured with the assistance of animal testing? Should we heed the words of extreme animal rights activists over the scientists and researchers who continue to save millions of lives with their scientific findings? Animal research is essential to the 90% of scientists polled by the Nature Scientific Journal who believe it is “essential to scientific advancement” (Yoshida, Kate). Kevin Martin, a researcher whose license was refused renewal due to complaints from a local advisory committee, warns us that “This research is not a luxury. The failure of gene therapy and AIDS vaccines is due to pressure to produce ‘cures’ before understanding the underlying biological mechanisms, which cannot be accessed by experiments with humans” (Yong, Ed). Indeed, animal research is not a luxury to the 37 million people dying from AIDS every year. Animal research is not a luxury to the 7.1 million people who are projected to waste away and die from Alzheimer’s disease by 2025. Animal research is not a luxury to the mother watching her child be crippled and die from malignant cancer.

Humanity is at the dawn of a new scientific age. With gene editing technology, we have the potential to wipe out cancer, abolish the AIDs virus, eliminate the malaria that murders 3000 children each and every day. That research needs animals, and humanity needs to progress forward. Animal rights, in concept, is not a bad idea. People shouldn’t be allowed to needlessly abuse animals and should be punished for doing so. The Florida man who ran over a family of ducks with a lawnmower or the men who abuse their pets should be punished. However, we must understand that animal testing is crucial to scientific progress. STEM education is key to our country’s economic and scientific future, and we can’t risk losing out to countries like China in scientific research because we are unwilling to test on animals (Englar, John). In conclusion, animal rights activists can’t have it both ways. Their assertions that animal testing is unnecessary and inefficient is contradicted by the reality of the millions of scientists and researchers who rely on animals to develop new treatments and technologies. Scientists and researchers know what they need, and we should allow the time tested practice of animal testing to continue.

Cindy is senior at Henry M. Gunn High School and is incredibly honored to be a part of the Rising Star Magazine team. She enjoys belting out Disney songs, playing piano, watching Chinese dramas, and babysitting. Cindy serves as California DECA's VP of Silicon Valley and is also the singing teacher at FCSN and the President of HEARTS Nonprofit. She can be contacted at cindy@risingstarmagazine.com
Previous Remedy for acne
Next The Future of Tesla