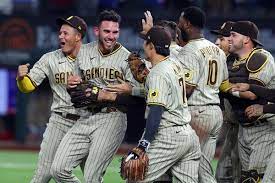 Are No-Hitters Ruining the Game?

Congratulations to Spencer Turnbull of the Tigers for throwing a no-hitter. Same with Yankees starter Corey. It’s still an amazing individual accomplishment to throw a no-hitter at the big-league level the way Turnbull did on Tuesday night and Kluber did Wednesday night. In judging from the reactions of teammates on each and every no-hitter, it’s still a huge deal to the current players, too.

It is May 19 and we’ve already witnessed six no-hitters. It’s such a special occasion that Major League Baseball has decided that seven-inning no-hitters don’t count, even though seven-inning games count in the standings and everywhere else.

By the end of this season, it won’t be quite as special as it used to be. If we discuss only the modern era of baseball, the record for no-hitters in a season is seven. That has happened three times (1990, 1991 and 2012). We’ve already seen six, officially, and we’re on pace to see more than 20. Twenty! This is the most ever no-hitters before June.

This is, of course, excluding Madison Bumgarner’s faux-hitter when he completed a game as scheduled and didn’t allow a hit. It’s still beyond my comprehension how the league can schedule an official game for seven innings and then turn around and say a pitcher allowing no hits through the entire game it scheduled doesn’t count as an official no-hitter, but I’ll stop belaboring the point in this space.

hree teams have already been no-hit twice, which is outrageous and also the first time that’s ever happened.

The league batting average was .236 heading into Wednesday. In your head right now, go back, say, 25 years and think about hearing someone say something like “he’s a .250 hitter!” with laces of disdain. It was long an insult to even say “a .240 hitter!” That’s above average now. There are only seven teams hitting above .250 and 12 teams hitting at least .240.

As things stand, this is the lowest league-wide batting average of all-time. In 1968, the league hit .237. Some readers here will recall that after 1968, MLB lowered the mound and tightened the strike zone. Pitchers had simply become too dominant.

Many people believe this to be ruining the game. The sport of baseball is not just about winning, but also about entertaining the millions of fans watching. It would be nearly impossible to do so if no one was able to hit the ball. It is the homeruns that sell tickets, and without those, the stands would be better off empty.