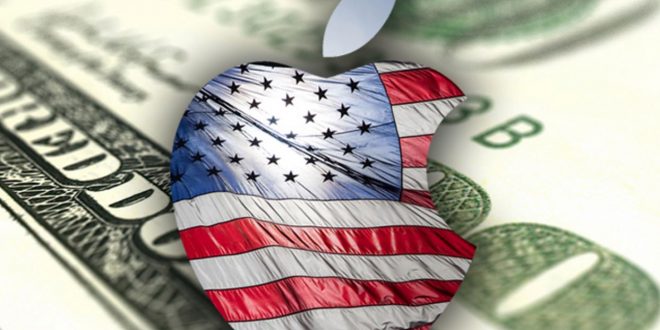 On Wednesday, May 3, Apple CEO Tim Cook announced that Apple plans to create a one billion dollars advanced manufacturing fund to promote U.S. manufacturing. Though President Trump has been pushing for American companies to hire in the US, Apple’s decision did not appear to be influenced by Trump. Additionally, unlike other companies, Apple’s program is not a hiring promise, but rather a fund to promote U.S. manufacturing. Apple will invest in programs that can train workers to code, but most of the funding will be borrowed and not from Apple’s reserves.

Although Apple already has taken action to create U.S. jobs by manufacturing its Mac Pro in Texas, the product’s reputation has plummeted as there is little usage among Apple customers and upgradeability complaints.  In the U.S., there is a shortage of people with advanced manufacturing skills unlike China where there is an abundance. Even if Apple goes through with its plan, it will still have vast amounts of money overseas which would incur taxes if brought back to the U.S.

Trump has proposed cutting corporate tax rates to facilitate domestic investment, which Cook hopes will happen. However, as automation becomes a reality, American workers will still be more expensive than robots, which would not lead to corporate hiring as Trump wants. Analysts predict that almost all industries will be shifted with the advent of artificial intelligence, and according to consulting firm Pricewaterhouse Coopers, by 2030, more than a third of US jobs may be automated.

Roger is a junior at Carlmont High School in Belmont, California. Roger serves as an officer of Help Everyone and Remember to Share (HEARTS) non-profit. Roger founded the first California Business Professionals Association (BPA) club at his high school and is active in other STEM related clubs. Outside of his busy school schedule, Roger practices karate, plays saxophone, reads, and volunteers for several worthy social causes in the US and China. Roger is extremely honored to serve as the News Column editor for the Rising Star Magazine.
Previous Should preschool teachers get college degrees?
Next Taking a Year Off