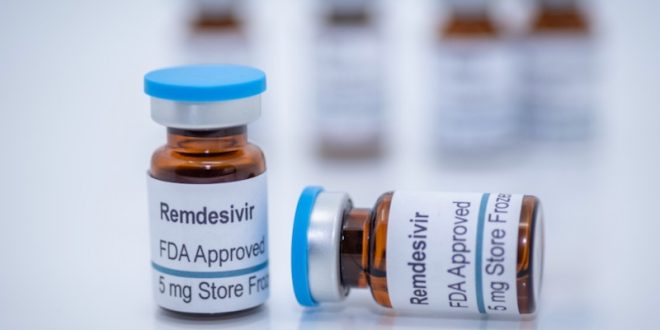 An antiviral drug called remdesivir is the first drug to show promising effectiveness in combating COVID-19.

According to a news release by the National Institute of Allergy and Infectious Diseases on April 29, preliminary results from a clinical trial suggest that the drug speeds recovery from COVID-19 up to 31 percent. The international trial had randomly assigned 1,063 people hospitalized with COVID-19 to IV infusions of either remdesivir or a placebo. For the remdesivir patients, the median recovery time was 11 days, while for the placebo patients it was 15 days. Eight percent of remdesivir patients died, compared to 11 percent of placebo patients.

Dr. Anthony Fauci, director of the NIAID, referring to remdesivir, said: “It has proven that a drug can block this virus.” Fauci also stated that remdesivir will be the new standard by which other drugs will be judged. The trial will also be adapted to add an antibody to the remdesivir treatment that will reduce inflammation.

Remdesivir is developed by biopharmaceutical company Gilead Sciences, based in Foster City, California. The drug mimics a portion of the virus’s RNA, its genetic material. When the virus replicates its RNA, remdesivir is incorporated instead of usual components for the virus’s replication, effectively stopping the virus from replicating.

In studies in lab dishes and animals, remdesivir was effective against a large variety of RNA-viruses, including the coronaviruses that cause MERS and SARS. Remdesivir was most effective in animal studies when administered early in the infection, which is difficult to do with a drug that must be given intravenously and by a trained medical professional.

However, the results of a smaller, incomplete study seem to claim the opposite of what the NIAID study suggested. In this study, published by the Lancet on April 29, the median recovery time of placebo patients and remdesivir patients were 23 and 21 days, respectively. However, there is still a trend showing that remdesivir speeds up recovery for patients with less than 10 days of symptoms. That trial stopped early due to the Wuhan lockdown causing a shortage of patients willing to participate in the trial. As a result, this trial lacked the statistical power to determine the effectiveness of remdesivir.

Remdesivir has not been approved yet, but it holds promising trial results and will be a welcome addition to the battle against COVID-19.

Previous What Causes Us to Form an Opinion?
Next The Dangers of Consuming Chemicals