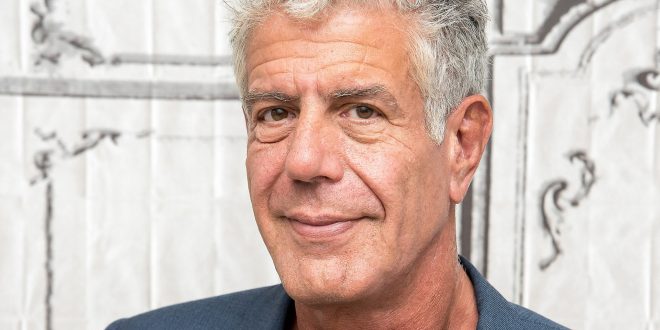 Anthony Bourdain, author of bestselling memoir Kitchen Confidential and renowned chef, was found dead in his hotel room in France on June 8th. Local investigators ruled his death as a suicide.

Born in 1956, Anthony Bourdain is considered one of the most influential chefs world. His cooking career, backed by years of experience from culinary school and professional kitchens, was thrust into the spotlight with his bestselling book, Kitchen Confidential: Adventures in the Culinary Underbelly. Bourdain became a TV host for several different cooking shows, and eventually his own: Anthony Bourdain: Parts Unknown. His last show brought him worldwide as he focused on the region’s cuisine, culture and politics. Bourdain is also noted to be a social activist. He became involved in the #MeToo movement, supporting girlfriend Asia Argento’s allegations against Harvey Weinstein.

Just one quote from Kitchen Confidential embodies Bourdain’s view of food, people, and the world:

“Do we really want to travel in hermetically sealed popemobiles through the rural provinces of France, Mexico and the Far East, eating only in Hard Rock Cafes and McDonalds? Or do we want to eat without fear, tearing into the local stew, the humble taqueria’s mystery meat, the sincerely offered gift of a lightly grilled fish head? I know what I want. I want it all. I want to try everything once.”

In the aftermath of his death, several public figures and close family members have spoken about their memory of Anthony Bourdain. Even former U.S. President Obama, who was featured on an episode of Parts Unknown, tweets of Bourdain, “‘Low plastic stool, cheap but delicious noodles, cold Hanoi beer.’ This is how I’ll remember Tony,“He taught us about food — but more importantly, about its ability to bring us together. To make us a little less afraid of the unknown. We’ll miss him.”